MOSCOW, April 15 — RIA Novosti. American operator company Digital Globe has published satellite images, which, according to her, shows destroyed by U.S. strikes, the British and French targets in Syria. 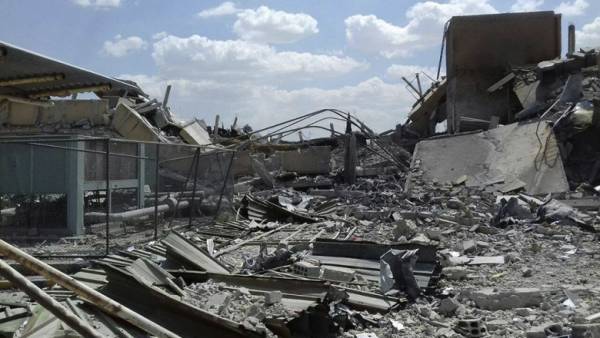 The company has provided images of the Washington Post. According to the captions on the newspaper’s website, the photographs depict “object (production) Chinchar chemical weapons near HOMS”. The pictures were taken the day before the missile strikes and the day of the attack.

The US, Britain and France on Saturday morning fired missiles on Syrian government facilities that, in their opinion, are used to produce chemical weapons. With 3.42 5.10 MSK MSK before they fired on Syria more than 100 rockets, most of which was shot down by Syrian air defense.

Russian President Vladimir Putin called the strikes an act of aggression against a sovereign state, despite the fact that no Russian military experts or local residents did not support a finding of a chemical attack became the pretext for attacks.