School closet has to be revalued

As clothing becomes a reason to fight. 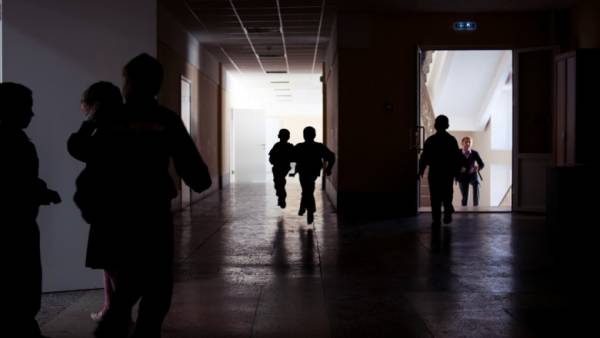 In the state Duma demanded to block groups in social networks, where the call for bullying and beating kids up in the clothes. Alyona Arshinova of the parliamentary Committee on education addressed this request to the head of Roskomnadzor Alexander Zharov. That attack school children? About it Tatyana Gomozova.

Last summer in the Metropolitan Park them. Bitter young man beaten to death — the attackers did not like his hat. In February in St. Petersburg, the outfit attacked the 13-year-old girl. In early April, the boy from Nizhny Novgorod was in the hospital because he was wearing camouflage pants.

Custom “to ask for the armor” goes back to aggressive subcultures, where participants get to know each other on a notional uniform.

For example, the Russian skinheads have long believed “his” camouflage and football hooligans historically prefer New Balance sneakers and jackets Stone Island. Seeing a man dressed in the same brand, they want to clarify what, in fact, law. In the best case the thing is simply taken away.

In recent years in Russia there appeared the so-called “fashionistas” who share a desire to wear expensive brand. Some of them intersects with the fan brands. Jacket, for example, can cost €1,5 thousand, but the fake stuff can not be worn, says the student of a Moscow University Maxim Emelyanov: “Questions may cause the quality of the clothes. For example, if it is a forgery, then the t-shirt may be a print, done not properly, as in the original, and then its owner may be asked “to explain the Exodus”. In this case we can speak about a kind of hatred of ostentatious, to the fact that the person is trying to pretend to be what isn’t.”

And yet there are those who are with the ideology, in General, not yet decided, but “improperly” dressed teenagers irritate him.

So the person in the clothing brand can not just present a “who to drive?”, that is, how much group support, but just to ask, why is he so dressed.

All this greatly complicates the lives of teenagers — the rules are not so clear and are constantly changing. Some people think that jeans tucked, the so — called “podvoroty” — not beat, others say it’s not true. Many do about the problem with the “gear” learned from the Internet.

In social networks along with the public of aggressive adolescents, there are also those where young people are simply discussing what clothes are fashionable, and what is a so-called “taskbar”, which can’t wear. Youth help is also good advice. So, the most popular movie on “the gear” has been watched almost 2 million times.