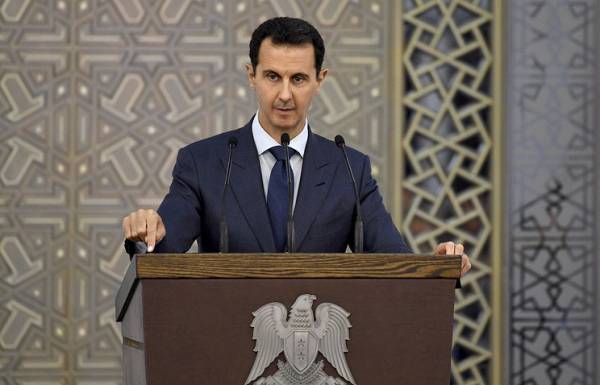 DAMASCUS, April 15. /TASS/. Syrian President Bashar al-Assad highly assessed the Soviet weapons that were involved in repelling a missile attack, US, UK and France on Syria. This was announced on Sunday, the Deputy of the state Duma, Deputy Secretary of General Council of “United Russia” Sergei Zheleznyak following the meeting of Russian parliamentarians with Assad.

“From the point of view of the President it was a aggression, and we share this position. He praised the Russian arms, which showed the superiority of the weapons of the aggressors”, – said after the meeting Zheleznyak.