Scientists have unraveled the mystery of the giants Causeway

They learned from what and at what temperature formed a mysterious prism correct form. 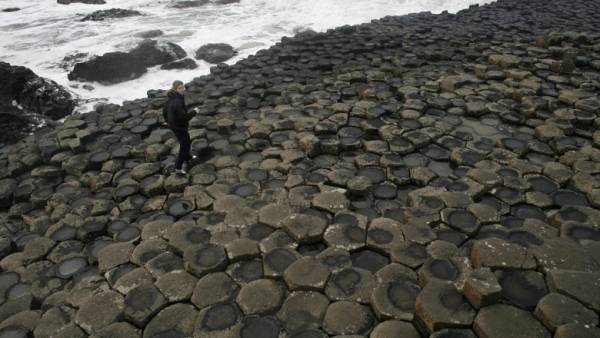 Experts from the University of Liverpool said that the famous Irish landmark, the giants Causeway was the result of volcanic activity. As shown by new research, in order to create geometrically correct columns needed temperature 840−890ºС.

Geologists have long been concerned with the question, at what temperature, the formation of such forms. Experiments were carried out with rock samples taken from a volcano in Iceland. Basalt was heated to 1000 º C, and then cooled. It turned out that such breaks and cracks appear when there is abrupt cooling below the crystallization temperature of the magma, reports the Daily Mail.

The study allowed to learn more about the processes in the volcanic rocks. And what about the giant’s Causeway, it became clear that at the beginning of the basalt has formed the lava lake, then with a sharp cooling, there was TRISTANIA and compression, resulted in a stepped column. “My planet” reported that the giants Causeway can be seen in “Game of thrones”.

New study by @VolcanoLiver has identified the temperature at which cooling magma cracks to form geometric columns such as those found at Giant’s Causeway & Devils Postpile https://t.co/8rWOk63IXe pic.twitter.com/2Ea9Y3niJG