Moscow. April 14. INTERFAX.RU center of the capital of Syria to the air strikes inflicted by the coalition, was not injured, reports “Interfax”. 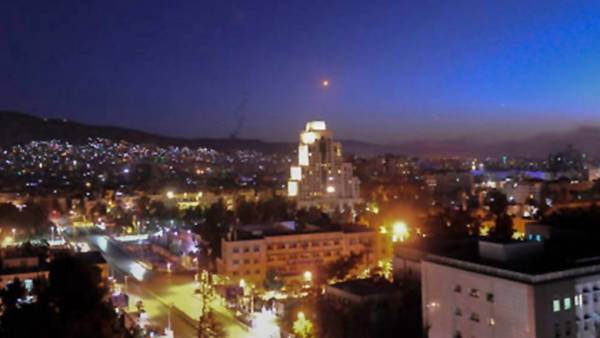 In particular, in the center of Damascus is located in the hotel which stopped a delegation of the Russian Parliament. Neither the building nor the surrounding buildings were not affected. Also in the vicinity, as far as possible to look at the view, not any noticeable results of air strikes.

However, about 4:45 in the morning in Damascus were heard the sounds of explosions.

The Russian delegation included the coordinator of the liaison group of the state Duma and Parliament of Syria, Dmitry Sablin, and a member of this group Dmitry Belik.

Syria also visited by the Governor of the Khanty-Mansiysk Autonomous district Natalia Komarova.

The President of France Emmanuel macron assured on Saturday that strikes on Syria caused the Paris along with the United States and great Britain, was focused solely on the objects associated with the production, storage and use of chemical weapons. Prime Minister Theresa may said that the attacks are limited and strictly targeted.