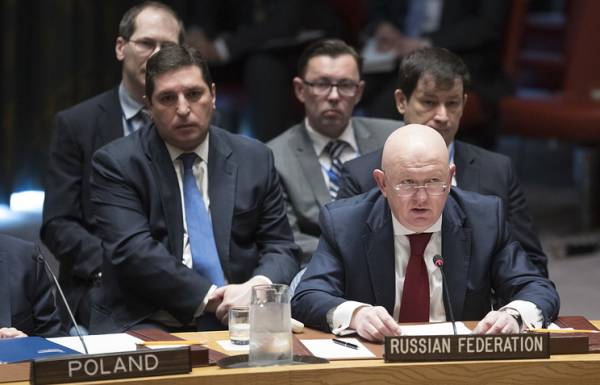 UN, April 14. /TASS/. Russia introduced a Security Council (SC) of the UN draft resolution condemning the attack on the United States and allies in Syria and demanding from them to immediately stop the aggression against this country. As reported, Russia’s permanent representative to the UN, Vasily Nebenzia, the document “is on the table” and ready to vote.