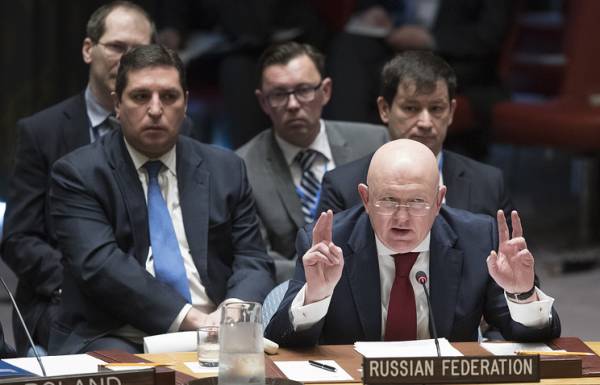 UN, April 14. /TASS/. The actions of the US and allies in Syria, using provocation with chemical weapons to attack the middle Eastern country is hooliganism in international relations. This was stated on Saturday, Russia’s permanent representative to the UN, Vasily Nebenzia at an emergency Security Council meeting, convened in connection with the strikes by Washington and its allies on Syria.