The President of Ukraine Petro Poroshenko believes that Russia should be deprived of the veto in the UN Security Council. He said this during an interview on the TV channel “Direct”. 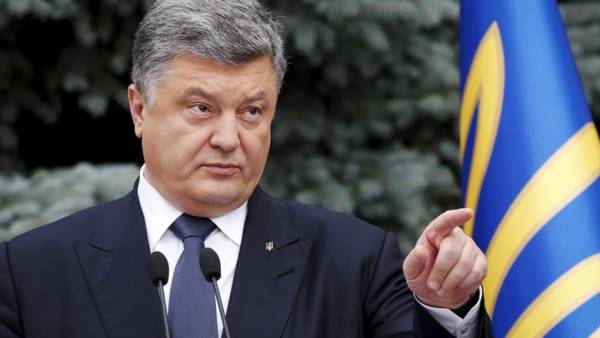 “UN demands immediate reform, to deprive of the right of veto the aggressor”, — he said, commenting on the meeting of the Security Council, in which Russia has blocked the U.S. resolution on Syria and the incident with the poisoning of the former GRU Colonel Sergei Skripal, British Salisbury.

“Secondly, we need to increase the effectiveness of other alliances, including NATO,” the President added.

Earlier in the same interview Poroshenko in absentia appealed to Vladimir Putin to “you”.

April 9, the UN high Commissioner for human rights Zeid RA’ad al Hussein said that the Security Council “remains paralyzed because of the veto”. According to him, some States directly involved in the military conflict in Syria, failed and did not stop the proliferation of chemical weapons.

Relations between Kyiv and Moscow deteriorated sharply after the reunification of the Crimea with Russia in March 2014 and the beginning of the conflict in the Donbass in April of the same year. Ukraine accuses Moscow regularly in the conduct of hostilities in the South-East of its territory and calls the aggressor, the Kremlin denies the accusations.