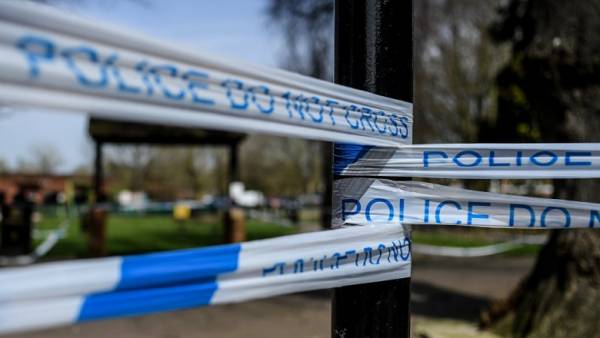 Lavrov commented on the report of the OPCW on the “case Skripal” MOSCOW, 13 APR — RIA Novosti. Russia continues to study the report of the experts of the Organization for the prohibition of chemical weapons about the poisoning of former GRU officer Sergei Skripal, Moscow will give publicity to the most “interesting” moments, said Russian foreign Minister Sergei Lavrov. “We are now engaged in a detailed study of the report, there are very interesting moments,” he said at a press conference after talks with his Dutch counterpart Stef Blok. “We in the near future will try to make them public, the experts and ours, and of the specialized agencies will deal with this fairly voluminous document,” the Minister added. 6фотографий6фотографий

END_OF_DOCUMENT_TOKEN_TO_BE_REPLACED 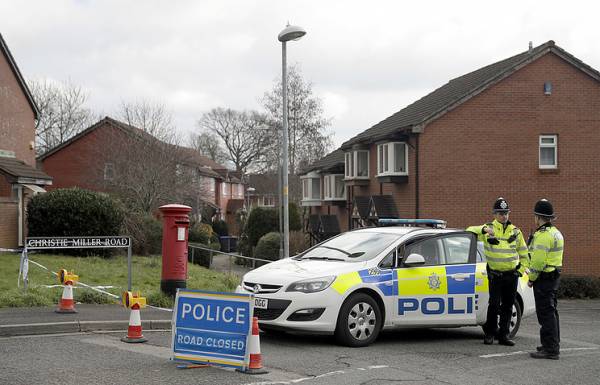 © AP Photo/Matt Dunham LONDON, April 14. /TASS/. Letter from Advisor to the Prime Minister of great Britain Theresa may on national security Mark Sedwill, addressed to NATO Secretary General Jens Stoltenberg pointed to the absence of evidence of Russian involvement in the incident with the poisoning of ex-GRU Colonel Sergei Skripal and his daughter in Salisbury. This is stated in received by TASS on Friday evening comments of the Russian Embassy in London.

END_OF_DOCUMENT_TOKEN_TO_BE_REPLACED 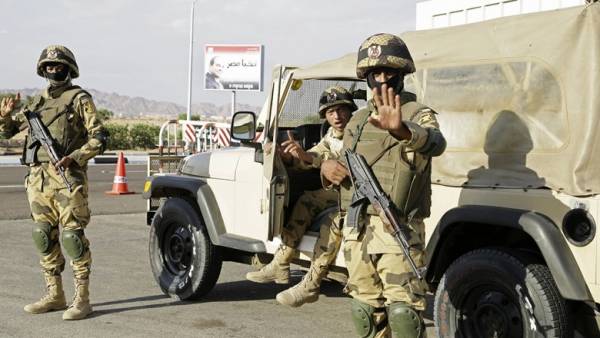 Sun, beach and a machine gun. Is it dangerous for Russians to go to Egypt? Egypt is waiting for Russian tourists. However, it is not so simple. 11 April (for the first time after the terrorist attack 2015) resumed flights between Moscow and Cairo. Explorer “AIF” visited Sharm El-Sheikh, in order to ascertain the extent of the local resorts safe for the citizens of Russia. — Your documents! — Please. Soldiers in body armor at a checkpoint near the village of Taba long compares your passport photo with my face, then walks away and somewhere calls. Near 30-degree heat was the heavy black shape: box reinforced with armor plates on all sides to repel a sudden attack. The driver of my cab says: Most often, the suicide bomber is flying at breakneck speed, trying to RAM into the thick of the military. The sniper will not help here, but the

END_OF_DOCUMENT_TOKEN_TO_BE_REPLACED 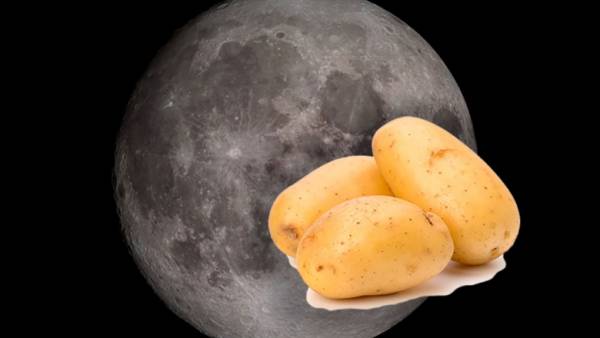 China intends to carry out the first biological experiment on the moon BEIJING, April 12. /TASS/. China by year-end will carry the space launch lunar lander “Chang’e-4”, which is expected to make the first soft landing on the opposite side of the moon. After landing, interplanetary station will establish communication with Earth. As reported on Thursday, the Agency “Xinhua”, “Chang’e-4” on the barren lunar surface will be planted with seeds brought in potatoes and other plants. According to the statement China national space administration (CNSA), the “greening” of Earth’s natural satellite will be part of the experiment, “the lunar mini-biosphere”, to which the moon in a special tin capsules will be delivered to seeds of potato, rezhevichi (lat. Arabidopsis, a flowering plant of the cabbage family), as well as the eggs of the silkworm. According to the researchers, it is expected that “specially installed surveillance cameras will film the process

END_OF_DOCUMENT_TOKEN_TO_BE_REPLACED 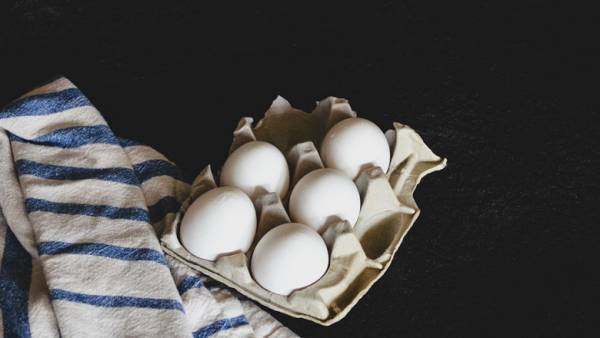 How to boil eggs so they don’t crack? Aephi answers popular questions from readers. It so happens that eggs crack during cooking, the protein flows out and solidifies on the surface. Okay, if these eggs go on your salad. But it often serves, in which the shell must be intact. For example, deviled eggs or Easter. To avoid cracks during cooking, need to choose good eggs. They must be fresh — be sure to see the date on the package. You can also check the freshness of eggs by dropping it in a glass of water. Drown — so fresh. The purchase also carefully inspect the packing that it was already damaged eggs. A box of a dozen eggs be sure to open and check. However, there are on the shell cracks, which are not immediately noticed. If eggs of high quality, from a trusted manufacturer that adheres to all

END_OF_DOCUMENT_TOKEN_TO_BE_REPLACED 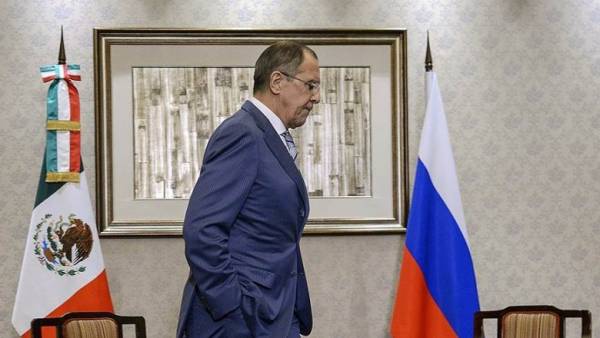 Minister permanent Affairs Sergey Lavrov, tipped old position in the new government. Personnel changes in the leadership of the Ministry of foreign Affairs scheduled for may 7 presidential inauguration, apparently, should not be expected. Contrary to some media reports about the imminent resignation of Sergei Lavrov, the majority of respondents “Kommersant” sources close to the Kremlin, the government and the Ministry of foreign Affairs, agree that the current Minister will retain the post. Interlocutors “” specify that all, of course, decides President Vladimir Putin, but make it clear: there is no evidence of impending change, nor any reason for them. After the publication of the proposed date of the approval of the Prime Minister have intensified the debate about the future composition of the Cabinet of Ministers. “Kommersant” interviewed more than a dozen sources close to the presidential administration, the government office and the Ministry of foreign Affairs about the

END_OF_DOCUMENT_TOKEN_TO_BE_REPLACED 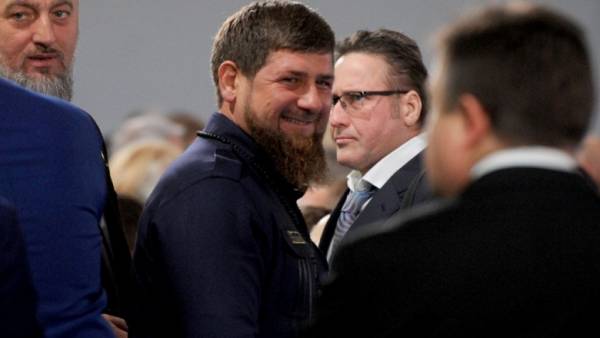 Kadyrov called for the extension of the presidential term for Putin In his opinion, the people and the state Duma, without asking the opinion of the head of state, to bring the issue to a referendum. Moscow. April 13. INTERFAX.RU — Head of Chechnya Ramzan Kadyrov believes that Russian President Vladimir Putin has no alternatives, and so you should think about the extension of the powers of the President more than two terms. “While the current President is in good health, we should not be thinking about another head of state. Here is my personal opinion, and I did not change. Now Putin has no alternative,” he said in an interview to “Interfax”. Therefore, I believe that we can make the decision on prolongation of powers of head of state, not limited to two. Why China could, Germany could (in China recently decided not to limit the powers of the

END_OF_DOCUMENT_TOKEN_TO_BE_REPLACED 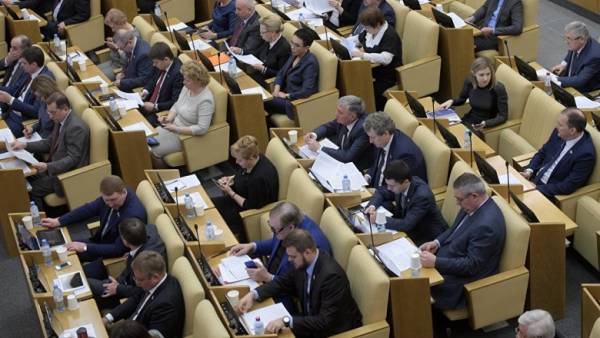