In our country abandoned millions of hectares more arable land than previously thought. 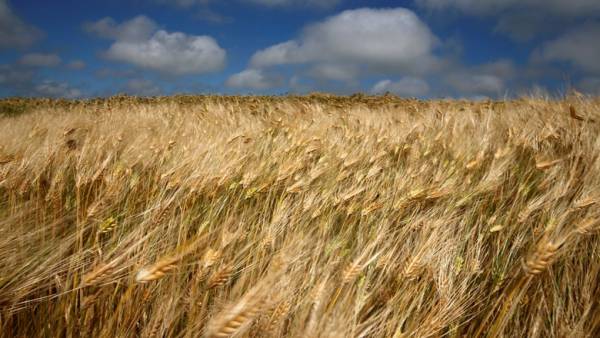 An international group of scientists, which included Russian researchers used data from satellite images from the European space Agency to figure out how much in fact the land was abandoned farmland in our country after the collapse of the USSR. It turned out that this figure is a quarter higher than the official estimates. The authors have also created a map showing where it was abandoned most of the arable land. The corresponding article was published in the Scientific Data.

After the fall of the USSR, earth on its former territory quickly began to decline. However, how this process was widespread — so far largely remained unclear.

The fact that the statistics take into account as abandoned land, only those whose former owners (collective farms and replaced them “joint stock companies”) have been liquidated as a legal entity, either formally renounced their lands.

However, the costs of maintaining the formal ownership rights to agricultural land in our country, as a rule, small, so for a lot of selhozartel are arable land, in fact, has long wooded. Therefore, the official estimate of abandoned areas — from of 15.0 to 31.6 million hectares — never satisfied researchers wanting to understand how actually the situation develops.

Therefore, in the new work used a more objective satellite data, taking into account the changing color of those or other areas of previously arable land. It was found that only in the former Soviet Union was thrown 59 million hectares of arable land — nearly the area of France. Russia had abandoned 39 million hectares, which exceeds the area of Germany. It is easy to see that these figures greatly exceed earlier official estimates. And in the highest degree the phenomenon of abandoned land typical of the Northern regions.

The authors also emphasize that their results are at odds with earlier data ESA CCI (Initiatives tracking climate change European space Agency) is also formally based on satellite images. According to the ESA CCI the area of arable land in the former USSR, even increased 3.1 percent. Scientists in his article does not go into detail that contradiction with the observed facts.

There is only the fact that specialized studies, usually well analyze only those data sets for which they are “targeted”. ESA CCI engaged in the monitoring area of the territories occupied by the forest, and not the estimation of the area of arable land. So it could estimate the area of farmland is relatively inaccurate — for example, confusing the forest areas lost in fires, with the territories re-introduced in agricultural production.

It should be noted that the ESA CCI data and previously caused serious doubts. For example, increases in forest area in Russia turned out to be quite moderate. At the same time, according to the American satellites of the territory occupied by forests, in post-Soviet Russia are rising almost faster than any other part of the world.