“You have 24 hours”: the deadlines have become part of world politics

Against the background of escalation of the conflict, world leaders have been increasingly put forward ultimatums. 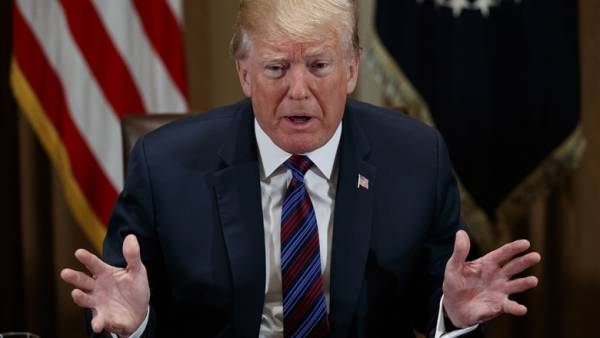 Escalation of confrontation between Russia and the “collective West” so far is only noticeable in the rhetoric, but the parties for the first time since the cold war so close to confrontation. On April 9 the President of the United States Donald trump said that within 48 hours, Washington will take a serious decision on Syria, where, according to the world health organization, could be used chemical weapons. About these “deadlines” in the speeches of leaders from news reports — we’re hearing more often. Prime Minister Theresa may gave Russia 24 hours to explain about the connection of Moscow with the poisoning of ex-spy Sergei Skripal. Saudi Arabia in 2017 demanded from Qatar, so that he severed ties with terrorist organizations during the day. “Storm” out of the way, since when deadlines become part of the global policy and what this means.

Trump a specific period of time — 48 hours — has passed. While the United States sent to the shores of Syria its fleet, the Russians in social networks are discussing a possible beginning of a war and share the locations of nearby nuclear bunkers.

Panic rising in connection with the events around SAR — a consequence of the unpredictability of world politics.

The appearance of her so-called deadline, set by world leaders could lead to further escalation. Any action in the international arena requires an analysis of the situation from each possible perspective. The person should have a few provided by the advisers of the scenarios. Almost impossible for 24-48 hours to write these analytical notes and provide them to the leader who needs to make a decision.

However, the deadlines in world politics, which we had seen before only in movies become reality. During the Arab spring opposition movement put ultimatums to the leaders of the countries trying to get them to answer questions. At the international level deadlines came later, in 2010, when the Israeli army arrested 680 members of the “freedom Flotilla” and humanitarian organization that wanted to deliver to Gaza the basic necessities. In response to this, Turkey gave an ultimatum: either tel-Aviv releases detainees within 24 hours or the relations between the countries deteriorate. In the end, Ankara recalled its Ambassador from Israel, which led to a six-year-old commercial-diplomatic conflict between States.

In 2015, there have been two major conflict, in which leaders tried to drive their opponents during our time.

North Korea, annoyed by the appearance of the South Korean loudspeakers “propaganda” on the border, threatened to take military action against Seoul.

In the middle East because of deadlines, too, just not sparked the conflict: Turkey has sent to the city of Mosul 130 the war, who was to “help educate” Iraqi fighters who fought with Islamic state (banned in Russia). Ankara has not verified the operation with neither Baghdad nor with its NATO ally, the USA. Iraq demanded the withdrawal of the military from Mosul within 48 hours. Turkey has not responded to the ultimatum, but in 2016 has withdrawn its forces from the neighboring country.

The manipulation of choice

Deadlines in world politics has increased, but this does not mean that they never had before. Ultimatums in the rhetoric of leaders emerge when relations between the two countries in crisis. In quieter times time politicians try to spend on decision-making as much time as they need, said the “Storm” associate Professor of European studies at the faculty of international relations St. Petersburg state University Dmitry Lanko.

If we in the future do note that the number of deadlines increases, it will mean that we began to talk to each other in the language of ultimatums. This is a very alarming signal, as this is followed by a serious aggravation of the international situation, and there anything can happen.Dmitry Sanctient of the Department of European studies, faculty of international relations St. Petersburg state University

Such ultimatums may be used to drive the opponent into a trap. If you put the responsibility for making a decision before a choice, it may not see new alternatives. “Usually it comes down to this: “you Have two options: you can do like I told you, or what Hitler did in 1934. Then make your free choice”. We limit the ability to make their own rational conclusion,” said Lanko.

The expert stressed that the current conflict between Russia and the United States looks seriously enough to pay attention to the language of ultimatums. Lanko noted that leaders should rationally approach the problem and to keep ourselves open to all possibilities.

Despite the fact that deadlines, and loud, can really scare the layman, such a situation rarely lead to a serious escalation. Qatar has not changed its policy after ultimatums to Saudi Arabia. Moscow continued to insist, despite the conditions the Prime Minister of great Britain Theresa may and the cooling in relations with the United Kingdom.

Neither Qatar nor Russia nothing happened. Ultimatums can be sent to the trash. As for the American action is serious and will be even worse than today.Mr Brutalement the International Institute of humanitarian-political studies

Deadlines in modern world politics are used primarily to alert the public about the position of the state, he said. “It’s just a game to the public. The creation of mediapovod, which provides a basis for response. What the Americans are doing with chemical weapons in Syria — this is it,” he says.

The confrontation between Russia and the “collective West” is obvious, and contradictions will become more, says Bruter. Along with the mood of the tougher and statements, and deadlines and ultimatums is exactly rhetorical techniques. You need to analyze them, and the actions of the parties. “The rhetoric never need to navigate, but it must be understood, and it is desirable to filter,” says Bruter.

Under international law, no matter how amorphous it may be, ultimatums are not accepted. There are no mechanisms that would allow one side to force the other to fulfill the conditions at any time. However, there are limitations.

All members of the United Nations shall refrain in their international relations from the threat or use of force against the territorial integrity or political independence of any state and in any other manner inconsistent with the Purposes of the United Nations.Article 2 of the UN Charter

Thus, countries can give each other any ultimatums as long as you do not threaten to use force. This rule is repeatedly violated by North Korea. However, Korea applied a range of UN sanctions, and in General, it is considered a “rogue state” in world politics.