The court should not mitigate the sentence Ulyukayev, said the lawyer

MOSCOW, 12 APR — RIA Novosti. Lawyer Alexander Karabanov believes that the court should not mitigate the sentence of ex-Minister of economic development Alexei Ulyukayev in terms of opportunities to work in the civil service, in his opinion, this practice should be eradicated. 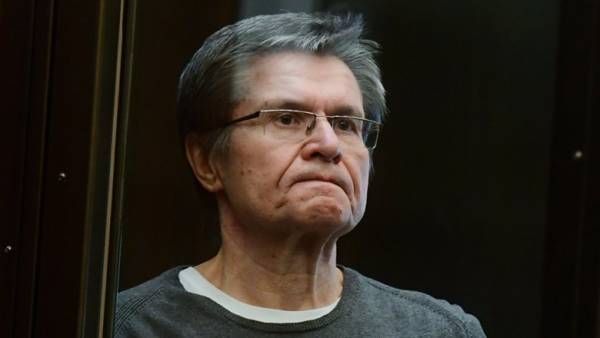 The Moscow city court on Thursday confirmed the eight-year term in prison and 130-million fine for speaker but withdrew the penalty of a ban to hold positions in the civil service.

As has explained a press-the Secretary of Moscow city court Ulyana Solopova, the speaker has the right to hold office in municipalities and state agencies, but can not perform the functions of representative government.

“Such persons who compromised themselves by theft and other acquisitive crimes, will occupy positions in the state apparatus, have huge labor problems and if we do not eradicate this practice, I as a practicing lawyer saying we are doomed, that such Ulyukayev and just like them will continue to ruin our country,” Karabanov told RIA Novosti, commenting on the conviction of a former Minister.

Ulyukayev was sentenced to eight years of penal colony for bribe reception in 2 million dollars from the head of “Rosneft” Igor Sechin for the issuance of economic development a positive opinion on the purchase of Bashneft by Rosneft. The ex-Minister considers himself a victim of provocation.