Mike Pompeo announced the rejection of the “soft policy” toward Russia

Time “soft policy” of the United States against Russia, said the Director of the CIA, a candidate for Secretary of state Mike Pompeo. “Russia continues to act aggressively, and contribute to many years of soft policy against this aggression. It’s over now,” — said in a written statement of Mr. Pompeo Congress who expanded the White house. 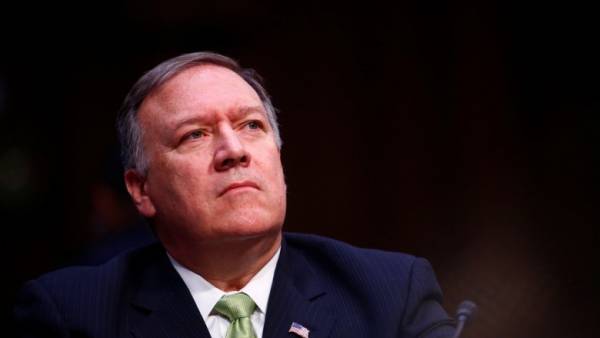 The Director of the CIA listed the measures taken by Washington in order “to raise the price for Vladimir Putin” sanctions, expulsions of diplomats, the strengthening of the us army and nuclear deterrent forces and “armed brave young people who have resisted Russian expansionism in Ukraine and Georgia.” “This list is much longer, and I am sure that I will have the opportunity to add add something,” he said.

Mike Pompeo said that the national security strategy of Donald trump’s “rightfully” called Russia a threat to the United States. “Our diplomatic efforts against Russia will be difficult, but, as on previous occasions confrontation with Moscow, they should continue”, — quotes “RIA Novosti” Mr. Pompeo.

Recall that in mid-March, Donald trump made the Cabinet reshuffle: the place of Rex Tillerson is the former head of the CIA Mike Pompeo. The reason for the resignation of the head of diplomacy were his disagreements with the commander of the state, including on the Iran nuclear deal and negotiations with North Korea.