Eastern ghouta is entirely under the control of the Syrian army 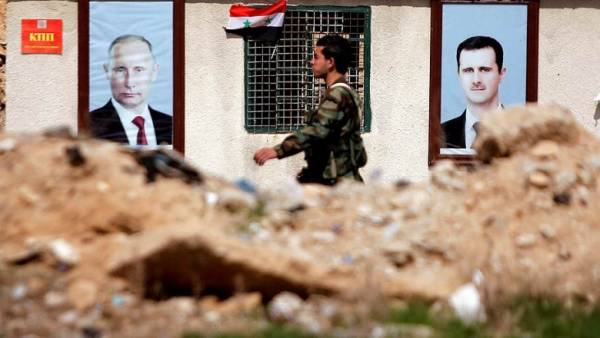 The region of Eastern Guta was entirely under the control of the government of Syria, said today the defense Ministry. Take care of the security of the city Duma, released from group “Jaish al-Islam,” will the Russian military police. The rest of the territory the militants soon will leave through the humanitarian corridor. Meanwhile, Europe and the United States continue to discuss response to alleged chemical attack in the Duma. According to the newspaper The Telegraph, British submarines by order of the Prime Minister Theresa may is already preparing for strikes against the army of Syrian President Bashar al-Assad.

During the day more than 1.5 thousand fighters and their families left the Eastern ghouta via the humanitarian corridor. They “moved on 40 buses in the Northern province of Aleppo,” — said in the message of the defense Ministry. Just since April 1 from the region took 13.5 thousand militants and their relatives, and the evacuation will be completed in the near future. As earlier told reporters the head of the Russian Center for reconciliation of the warring parties in Syria, major-General Yuri Yevtushenko, leaving the city, members of various groups have passed “more than 400 units of medium weapons, including heavy machine guns, grenade launchers, sniper rifles, assault rifles, machine guns”.