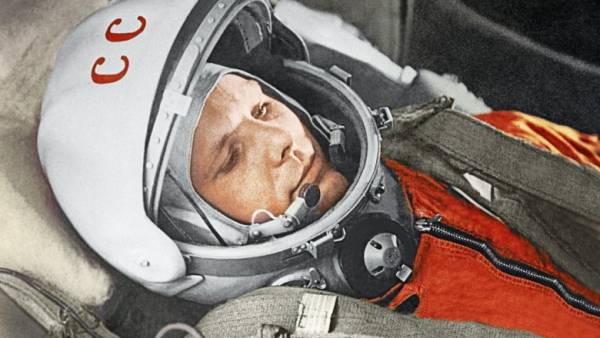 In 2011, the UN General Assembly declared April 12 the International day of human flight into space. On this day the Soviet cosmonaut Yuri Gagarin made the first step in the exploration of space. Aephi decided to see what the users often search for a Network on the theme of space, and answer these questions.

What is the space?

The word “cosmos” (from the Greek. kosmos — order, the world) is synonymous with the Universe, which includes interplanetary, interstellar, intergalactic space with all contained in it is bodies. Humanity is associating the space with the idea that the near-field region of the Universe, referring to only the interplanetary and near-earth environment, which is outside the Earth’s atmosphere. That is, the space is that surrounds the planet Earth, stars and planets, comets and asteroids, various space luminaries and interstellar space.

In what year did Yuri Gagarin go into space?Yuri Gagarin on the spaceship “Vostok” made a space flight on 12 April 1961. He lasted 1 hour and 48 minutes.

During this time the ship has performed one revolution around the Earth. After the set speed and separation from the last stage of the vehicle launched free flight in orbit around the Earth. The maximum distance of the orbit of the spacecraft from the Earth’s surface amounted to 327 km in 108 minutes after launch, the spacecraft began to descend from orbit to land. In 10 hours 55 minutes Moscow time, cosmonaut landed near the shore of the Volga river near the village Smelovka of Ternovsky district of the Saratov region.

Who first went into space?

Into space first came out, Alexei Leonov. It happened on March 18, 1965 from the ship “Voskhod-2”, piloted by commander Pavel Belyaev. For open space on a space ship have been installed, the airlock, which consisted of 36 of the inflatable sections. Camera it was reported to the cabin roof with special sealing cap, and the spacewalk was carried out through a hatch in its upper part.

In open space, Leonov spent a total of 12 minutes and 9 seconds.

During this time he undertook the necessary observations and experiments, made five waste and approaches from the airlock. With the ship he had a tether with a length of 5.35 meters, which was composed of steel cable and electric wire for the transmission of on Board data of medical observations and technical measurements, as well as telephone communication with the commander of the ship.

What in space temperature?

“In space the temperature is different.

A large part of the space has a very low temperature, between galaxies the temperature is 2.7 Kelvin scale is 270 degrees.

As you approach different areas of the galaxies, the temperature rises and can reach large values. In the area of the ISS temperature is also different, depending on where to watch it. If you look at the Sun, the temperature may be the same as on the Earth’s surface. If to dissociate itself from the Sun, the temperature will be very low, including so low, as I said — 270 °C”, — says the Director of the Astro space center of Physical Institute of Academy of Sciences Nikolai Kardashev, doctor of physical and mathematical Sciences.

At what height starts the space?

The boundary between atmosphere and outer space is 100 km above sea level. This altitude is called the line of the Pocket, was recognized by the International aviation Federation the conventional boundary between the atmosphere and outer space. At this altitude the air density is so small that the aircraft must be moving with the first cosmic velocity (about 7.9 km/s) to prevent falling to the Ground.