The former head of the Ministry added that the case is based on the principle of “one grandmother said.” 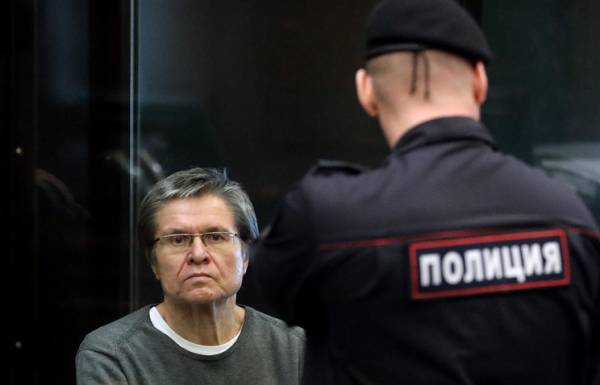 MOSCOW, April 12. /TASS/. Former Minister of economic development of Russia Alexei Ulyukayev, who was sentenced to eight years in prison on charges of corruption on Thursday in the last word in Moscow city court said that was pre-assigned guilty of receiving bribes, and the case itself is based on the principle of “OBS — one grandmother said”, the correspondent of TASS.

The sentence based on unproven assumptions, I assigned guilty. The sentence built on the principle of OBS — one grandmother said.Alexei Ulyukayev

According to the former Minister, the criminal case against him discreditied judicial system. “The court was not presented any evidence demands my money, but it was a lot of witnesses of my innocence”, — said Ulyukayev.

A judicial panel concluded on Thursday, the appeal proceedings and withdrew the judgment which should be announced in the near future.

See also: the Prosecutor came to the conclusion about the veracity of the testimony of Sechin in the case of speaker