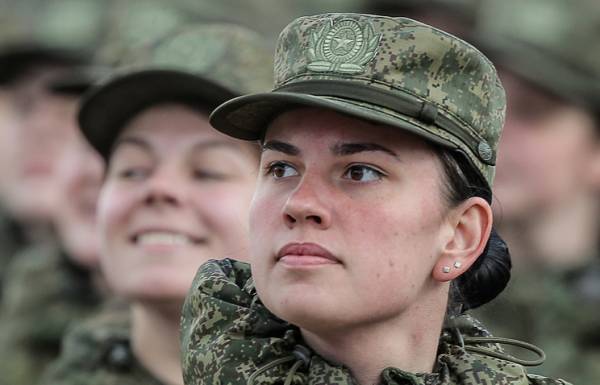 NOVOSIBIRSK, April 11. /TASS/. About 80 servicemen-women 41st army from different parts for the first time will take part in the Victory parade in Novosibirsk, said on Wednesday, TASS in the press service of the Central military district(CVO).

“Summary box of the female military personnel of the 41st combined arms army for the first time will take part in may 9 parade in Novosibirsk of about 80 people. It will involve women from different parts, for example, medics, signalers and spies”, – told in the press service of the CVO.