The traffic police had an ambulance

In the exam the changes made after the comments of the Ministry of health. Traffic police have made major changes in examination fees for future drivers. Experts of the Ministry of health found that they contained incorrect medical information violates the rights and legitimate interests of citizens. Speech, in particular, on the methods of extracting the victim from the car, aid in thermal burns, the rules of cardiopulmonary resuscitation. New tickets are already uploaded in the information system of the traffic police, fixing the examination process throughout Russia.

On the website of the Russian traffic police published the new exam fees for category “A”, “B”, “M” and subcategories “A1” and “B1”. We will remind, the candidate for drivers you must answer 20 questions as one of 40 tickets. It is possible to avoid two mistakes, but each of them leads to five additional questions (must answer correctly).

In the beginning of 2018 interregional Association of driving schools (IADS) to appeal to the traffic police of Russia informed about “violating the rights and legitimate interests” of citizens. In particular, recommendations tickets, which includes the provision of medical care to victims of accidents, contrary to official memos of EMERCOM of Russia. It was discovered by specialists of the Central research Institute of organization and Informatization of health Ministry of health of the Russian Federation.

In driving, drivers were taught the correct methods of rendering first medical aid, but acquired knowledge does not coincide with the content of the responses in the tickets on the exam, explained to “Kommersant” the President of IADS Tatiana Shutyleva.

“It got to the point that teachers told students what answers you need to give the exam to obtain a rating of “pass”, but warned that in real life, you need to use completely different methods, — says Tatiana Shutyleva.— This confused novice drivers. Memory — an insidious thing: who knows what people will remember in a stressful situation. We therefore raised the alarm”. 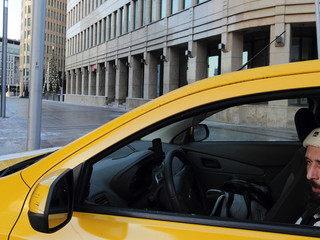 So, for example, in one of the questions of the candidate in the drivers asked how to provide first aid to the victim with an open fracture of the limbs, accompanied by arterial bleeding. Offered three choices, including the “right” — “tourniquet above the wound at the fracture site”. In fact, the tourniquet to the fracture site can only “aggravate the suffering of the victim or cause additional damage,” while a lot depends on where the blood comes, it may be, for example, the radial artery at the wrist or the artery of the rear foot, to the letter IADS in the traffic police. Traffic police agreed with this and have removed this question, replacing it with another — about the methods of first aid for “frostbite and hypothermia”.

Another mistake physicians found in the question of how to define the presence of a carotid pulse of the victim. Offered three choices, including the “right” — “three fingers of a hand placed on the right or left side of the neck at the level of the thyroid cartilage of the larynx (Adam’s Apple) and gently advance into the neck between the thyroid cartilage and the cartilage nearest to the muscle”. In IADS noticed that the drivers are not professional doctors, can not reliably determine signs of life affected by the test pulse, so you need to ask future drivers on how to check for breathing. “Signs of life solely on the pulse — echoes of Soviet medicine. European studies have long shown that in 44% of cases the drivers are wrong and can, for example, take your own pulse for pulse of the victim, — said “Kommersant” member of the interagency working group on improving first aid in Russia Leonid Duty.— Why Western and Russian experts recommend to focus primarily on the breath.” 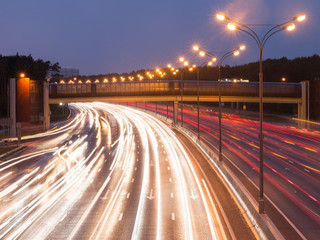 the Drivers stopped to notice the lights because of the bright reklamatara opinion was expressed by experts, who suggested to dim the back light billboards along the roads

Changes are also made to the questions about how to extract a foreign body from the airway of the victim, in some cases, you need to extract the victim from the car, what kind of help you need to provide when signs of a thermal burn how to position the hands during cardiopulmonary resuscitation.

According to “Kommersant”, in the regional division of traffic police have already sent the clarification about the use of new examination papers. New tickets are also loaded into the information system FIS, traffic police, fixing the examination process throughout Russia. Bring tickets in line with current standards, synchronize them with training programs are one of the most important steps to ensure that potential drivers “understand first aid and know algorithms of actions, not mechanically jagged tickets” — adds Tatiana Shutyleva.