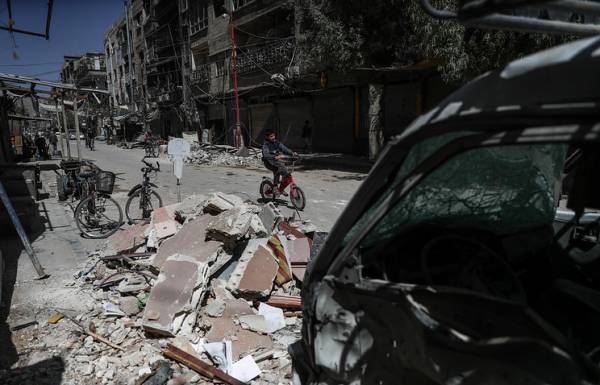 MOSCOW, April 9. /TASS/. Representatives of the Russian Center for conciliation of conflicting parties (part of the Ministry of defense of the Russian Federation) held on Monday a survey of the districts of the Syrian city of Duma, where according to some opposition activists, including the group’s “White helmets”, were allegedly used chemical weapons, but found no trace of its use. This is stated in the message centre.