Sun has to protect telephone subscribers from annoying calls and SMS

The Supreme court stood up for the telephone subscribers that receive Intrusive calls and SMS messages: the Supreme court found that such conduct constitutes an interference in the private life of the citizen. 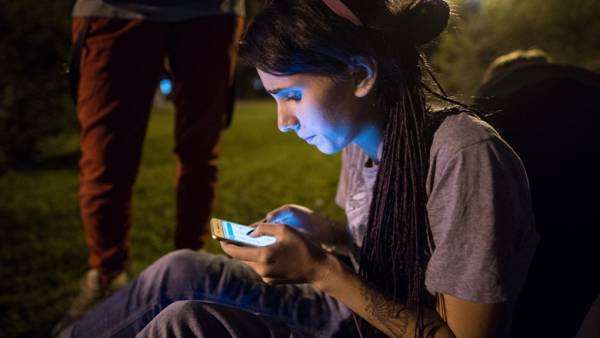 The court recognized the right of Russian residents to obtain compensation of moral harm for the assertive communication of one party on a cell phone.

The Supreme court considered the complaint of Muscovite to LLC “sentinel Credit Management” on the recognition of processing of personal data unlawful and the obligation to exclude his telephone number from the list of debtors of the Bank. Also, the plaintiff demanded compensation for moral harm from Intrusive phone calls and SMS messages.

The claimant stated that the defendant repeatedly called him and sent message with tough requirements to repay the loan in JSC “Alfa-Bank”.

Calls received in the workplace, and in personal time with the plaintiff, and TEXT messages — at any time of the day and included threats.

In this case the subscriber in any contractual relations with OAO “Alfa-Bank”, nor with “sentinel Credit Management” is not a borrower or a guarantor for loan is not.

Meanwhile, the Meshchansky court of Moscow, and later the Moscow city court has left its complaint without satisfaction.

The position of the Moscow court

The courts found that the phone number of the plaintiff received calls and SMS messages on behalf of OOO “sentinel Credit Management” with the requirement to repay the debt, in connection with which the claimant was even contacted law enforcement.

According to the agreement between the defendant and “Alfa-Bank”, the latter undertook to provide services for the solicitation of borrowers for the fulfillment of obligations under the loan agreements.

In this company, “sentinel Credit Management” presented to the court an act of destruction of personal data, including and excluding telephone numbers of the plaintiff from the list of debtors.

Thus, the court of first instance came to the conclusion that the company “sentinel Credit Management” acted within the framework of the signed with JSC “Alfa-Bank” contract, the personal data of the plaintiff by the defendant destroyed, and the current legislation does not stipulate the duty of the person carrying out the processing of personal data, notification about their exclusion.

In support of the denial of compensation for moral damage, the court referred to the lack of evidence of abuse of defendant’s right during a telephone interaction with the plaintiff, and committing acts aimed at causing the plaintiff harm, moral or physical suffering. The Moscow city court this position was supported.

Judicial Board on civil cases of the Supreme court felt that findings of the courts can not agree though, because the phone number of the plaintiff was excluded from the database of debtors only after the appearance of statements in court.

However, the most important argument for the recognition of unlawful decisions of the high court pointed out guaranteed by the Constitution of the Russian Federation inviolability of private life.

According to article 150 of the Civil code of the Russian Federation, people’s dignity and privacy belong to intangible benefits, the violation of which actions causing physical or moral suffering is the basis for compensation of moral harm, reminiscent of the armed forces.

He also refers to the position of the European court of human rights on the definition of “private life” and attempts to interfere with:

personal (private) life is a broad concept that it is impossible to give a comprehensive definition which covers, in particular, the right to personal autonomy (para. 27 resolution of 7 may 2009 on the case of Kalacheva against Russia, paragraph 8 of the decision of 9 October 2014 on the case of Konovalov against Russia);.