DPRK leader Kim Jong-UN declared the meeting with the President of South Korea moon Jaina and dialogue at the highest level with the United States. 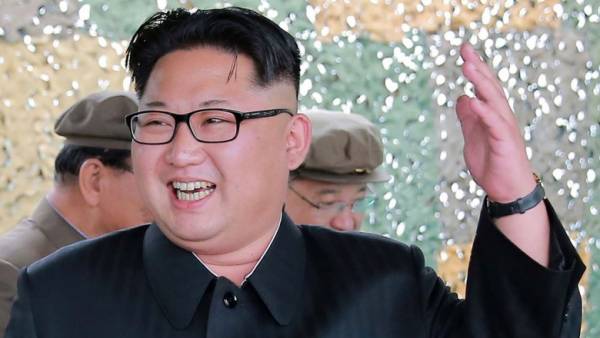 Such a statement he made at a meeting of the Politburo of the workers ‘ party of Korea, reports RIA “Novosti” with reference to the Central Telegraph Agency of Korea (KCNA).

It is noted that the leader of the DPRK reported on the negotiations at the highest level with South Korea, which will be held on 27 April in the “House of peace” in place of negotiations Panmunjom in the demilitarized zone. In addition, Kim Jong-UN, has reviewed and evaluated the development of inter-Korean relations and the prospect of dialogue with the United States.

The relationship between South and North Korea gradually improved after North Korea’s participation in the Olympic games in South Korea’s Pyeongchang. The two sides exchanged visits by high-ranking delegations, and agreed to hold meetings between North Korean leader Kim Jong-UN and South Korean President mun Jae Otherwise. In addition, through the mediation of the South Korean side had agreed to the meeting, Kim Jong-UN and U.S. President Donald trump, scheduled to take place in late may — early June this year.