MOSCOW, 10 APR — RIA Novosti. Second us destroyer can reach the Mediterranean sea for several days, the region is already the destroyer USS Donald Cook, the newspaper the Wall Street Journal, citing sources in the defense Ministry. 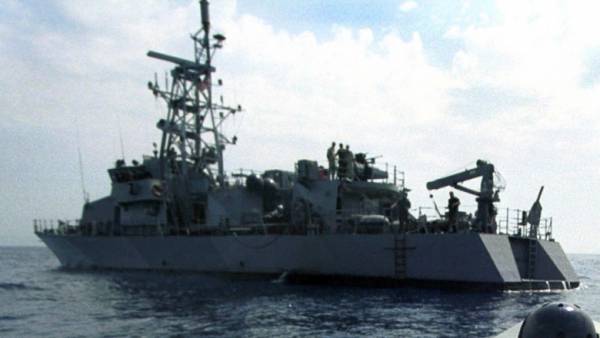 “The US already has one missile destroyer USS Donald Cook in the East of the Mediterranean sea, where he can participate in any strike against Syria… the Second USS Porter can get there in a few days,” the newspaper said.

Earlier, the Washington Examiner, citing a source in the Pentagon said the destroyer USS Donald Cook on Monday left port in Cyprus and headed towards Syria. It is noted that the ship is equipped with 60 cruise missiles “Tomahawk”. In turn, the Turkish newspaper Hurriyet reported that the destroyer, at least four times overflew Russian combat aircraft, but the Pentagon later denied this information.

Earlier, U.S. President Donald trump has accused Russia and Iran of supporting the Syrian leader Bashar al-Assad on the background information about the chemical attack in the city Duma, which could have been killed 40 people. Moscow has denied the information about the chlorine bomb, allegedly dropped by the Syrian military. The Russian foreign Ministry said that the purpose of stuffing about the use of toxic substances of troops to Syria to protect the terrorists and to justify possible military strikes from outside.