In Russia simplified procedure of establishment of disability

Dmitry Medvedev signed a decree that changes the rules of recognition of a person’s disability. The Prime Minister said at a meeting with his deputies on Monday in suburban “Gorki”. 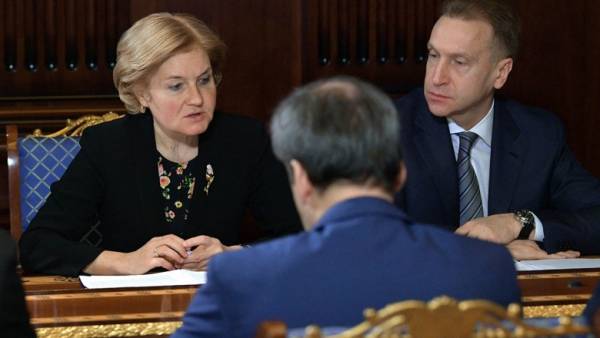 The new document expands the list of diseases in which already during the initial examination it will be possible to establish disability indefinitely.

As reported by Medvedev, another innovation lies in the fact that, if necessary, inspection of people in serious condition will be considered their place of residence. If a person lives in a remote and inaccessible place, the examination may be conducted in absentia. These changes the government has introduced numerous requests from persons with disabilities and their families.

As told Olga Golodets set the disability indefinitely will be a whole list of diseases, which included for the first time all chromosomal abnormalities, including down’s syndrome and cirrhosis of the liver, blindness, deafness, cerebral palsy. According Golodets, simplified procedure for the establishment of a disability for such diseases as scoliosis, malformations of the maxillofacial region, autism, diabetes.

— The regulation applies to virtually all persons with disabilities. That’s 12 million people, of which 651 thousand children, — said the Golodets.

She also noticed that the first place among children’s diseases for which a disability began to take mental illness and conduct disorder. Until 2014 the first place was occupied by congenital anomalies and defects.