April 9, would have turned 80 years old, former Prime Minister of Russia Viktor Chernomyrdin. He is remembered as a “red Director” who stood at the helm of market reforms. Others — as a native of “the heart of the people” who never climbed by word in a pocket. 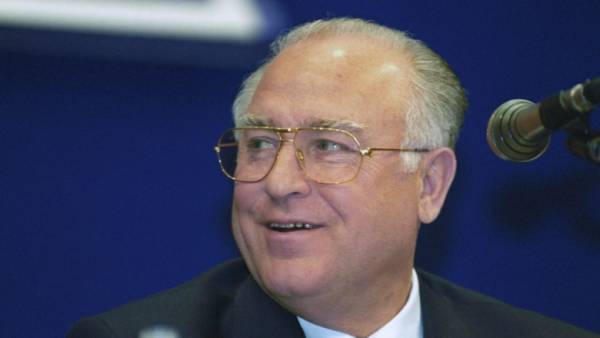 About thanks to what qualities and actions Chernomyrdin entered the history of the new Russia, Aify talked to people who worked with him side by side.

“Anyone who worked with Viktor Stepanovich, whether right or left, Patriotic or liberal — will give him the highest rating. Criticized, usually by those who never knew him, — said the politician and historian Vladimir Ryzhkov, Professor, Higher school of Economics, former Deputy of the state Duma, which in the 90-ies was part of the leadership headed by Chernomyrdin movement “Our House — Russia”. — He became Prime Minister in the most difficult time, when plants stopped, there was a mass non-payment of salaries and pensions. In those 5 years, when Chernomyrdin led the government, were the main market-oriented reforms. However, he was not only a good Manager, who stopped the collapse of the economy, but also a reformer. All the major companies that exist today, were founded then “LUKOIL”, “Rosneft”, “Alfa-group” and “Gazprom”, which was created by the Chernomyrdin…

His government had stopped the decline and held pretty consistent reforms, which laid the Foundation for rapid economic growth in the period 1999 — 2009, and in fact — even for the modern Russian market economy.Mr Recouping Higher school of Economics

What it was more? I believe that reformer. Remember who was with him the Deputy Prime Ministers Boris Nemtsov and Anatoly Chubais. And the Minister of the economy Yevgeny Yasin, Minister of Finance Alexander Livshits. In fact, Chernomyrdin was the head of government of the liberals. Yes, all they offered him, he checked from the point of view of their economic experience and common sense. But any significant reform has not stopped. Moreover, it is when it was made 90% of the laws that we live by now — Tax, Customs, Civil and Forest codes, etc. Then was created the Central Bank and the modern Russian banking system, a large insurance company.

“Father,” Gazprom and the engine of reform

His childhood fell on the war years. His father worked as a chauffeur in the family were five children — lived from hand to mouth at times. At the age of 19, Victor began working refineries started his career as a mechanic, machinist of compressors and pumps.

His whole career was connected with the gas industry and main business of his life he believed the creation of “Gazprom” on the basis of the Ministry of gas industry of the USSR. That Chernomyrdin has initiated its transformation into a state concern, and subsequently he has headed “Gazprom”. In the fall of 1991, the media reported that on the background of the General crisis of gas in apartments of Soviet citizens fed continues uninterrupted. Largely through the efforts of Chernomyrdin.

Leading government reforms, Chernomyrdin actually acted as a counterweight to the ultra-liberals, defending a more gentle version of the transformation.

“Under Yeltsin, who was often ill and not too interfere in economic policy, the Prime Minister played a key role, it very much depended — continues to Ryzhkov. Is now the government has a constitutional majority in the Duma, and may not particularly pay attention to the opinion of the opposition. And Yeltsin majority in Parliament never was. However, the Duma had to make budgets, allocate money to pass laws needed for economic transformation. Chernomyrdin managed in this situation to find a reasonable compromise and to promote reforms forward.”

“His role in the modern history of Russia was crucial, said Aify businessman and politician, first Deputy Chairman of the Board of Directors of alpha Bank Oleg Sysuyev, in 1997-1998 — Deputy Prime Minister for social Affairs. Democratic revolution of the 90s took place without major casualties due to Chernomyrdin and the people of the same stock, came from the Soviet nomenklatura. He was a large man, and in this strange way was able to understand and accept new things. It would seem that the Soviet Minister and a market economy — what they have in common? However, Chernomyrdin was surrounded by in his time the most liberal politicians of Russia, and he with them perfectly together.

At the same time, he loved and understood ordinary people. I know this because the government is one of my main tasks was to prepare bills with all kinds of cuts in benefits and privileges. In particular, it addressed pension reform, raising the retirement age. Chernomyrdin was always asking me the question: “Who will suffer?”. It was primary for him when making decisions.

He had one of the main qualities of a great politician: knowing that during the transformations need to be very careful because any sudden movements can hurt many people.Oleg Secuitry the Chairman of the Board of Directors of “Alfa-Bank”

It is unlikely that Chernomyrdin would become a national leader, but the fact that he helped Yeltsin — no doubt.”

“Was endowed with the people’s common sense”