Seven members of the crew of the Russian fishing vessel “Nord”, who was detained by Ukrainian border guards, have received administrative fines and were released. 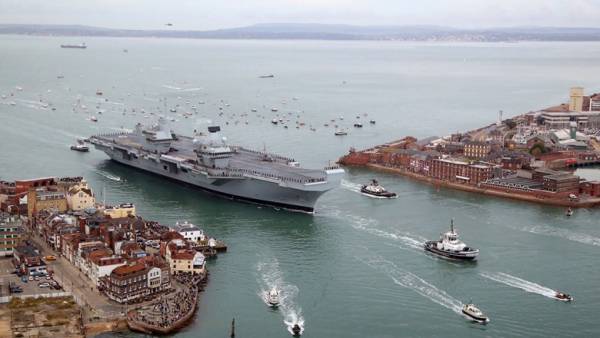 Detention remains the only captain Vladimir Gorbenko. The conflict between Russia and Ukraine over the ship opened, a new layer of issues in relations between the two countries this time around. “Газета.Ru” to figure out how can answer Moscow and what consequences it will lead to Kiev.

The court in Mariupol has imposed administrative penalties on seven Russian sailors who were previously detained by Ukrainian border guards in the Azov sea. However, detention continues to be the captain of the ship “Nord” Vladimir Gorbenko. On 6 April, Kyiv city court decided to leave him in jail until may 31.

Alternative to detention bail is set. During the detention, the captain had two hypertensive crises have exacerbated problems with the heart, directly from the courtroom he was taken to the hospital.

On 24 March, the ship “Nord” came out from Kerch for fish. All 10 crew members had Russian passports issued in Crimea after the reunification of the Peninsula with Russia. The next day, “Nord” was detained in the sea of Azov Ukrainian border guards to check the documents.

Because the Ukrainian authorities do not recognize as annexation of Crimea, and documents issued after the referendum, the guards there were a number of questions. First, a passport, from their point of view, are invalid, and therefore all permits for fishing also have no legal effect. Secondly, the sailors are accused of violating the order of entry — as Kiev calls Crimea “temporarily occupied territory”.

But most of all claims at the border to the captain of a vessel Vladimir Gorbenko. To it incriminate article “hijacking an aircraft, sea vessel or railway rolling stock”.

This article implies to 5 years of imprisonment. The fact that according to current Ukrainian legislation, any vessel should request permission before going to sea.

On “Nord” was convoyed to the port of Berdyansk, where he was under arrest together with his crew. Fishermen were forbidden to go ashore, and to request the supply of food, water, fuel and electricity response has been received. Medical care requested by the sailors, was rendered immediately. However, after some time emergency physicians to them still missed.

Several members of the crew went up the pressure and are having heart problems.