Moscow. April 8. INTERFAX.RU — Russian Prosecutor General Yuri Chaika demanded that the British return in Russia, more than 500 billion rubles, placed there by citizens of Russia, a fugitive from Russian justice. 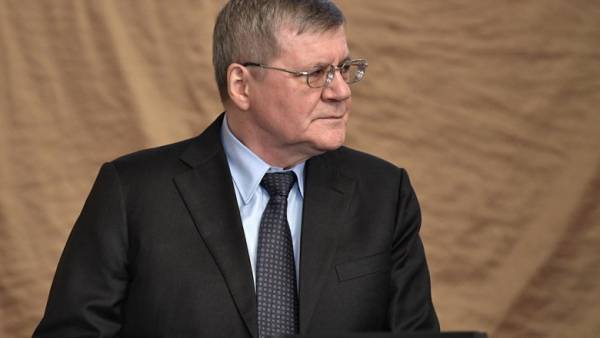 “Since 2002, in the UK we have submitted requests for the extradition of 61 individuals, indicted or already convicted in Russia for economic crimes. Moreover, the amount of damage is more than half a trillion rubles,” — he said in an interview with NTV on Sunday.

“That is stole in Russia, now the Kingdom will take it all in your budget, the Prosecutor General added. Criminals can keep themselves and money. It’s our money”.

He noted that “this is only the direct damage — and the scale derived their funds abroad is much higher.”

The head of the Supervisory Department said that in the UK began to operate the law on criminal Finance. “Now, any foreign property owner will be required to explain the origin of these assets, — Chaika told. And I assure you that many of them will make it very difficult. And we very much hope that this law will be applied by the UK authorities in accordance with the norms of a civilized state, and not on the principle “plunder stolen”.