NEW YORK, April 8. /TASS/. Assistant to the President of the United States Donald trump on homeland security Tom Bossert does not rule out that Washington could launch a missile attack on Syria in connection with allegations of use of toxic substances in the town of Duma near Damascus. 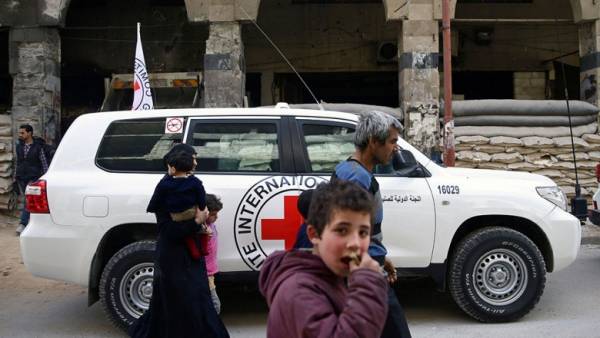 He stated this in an interview with ABC that aired on Sunday.

“We saw the pictures of this attack,” he said. On the question of whether U.S. missile strike on Syria, Bossert said: “I wouldn’t rule out anything”. “We studied information about the attack,” added Bossert. He also said that trump had discussed the allegations with members of the administration who are responsible for issues in the sphere of national security of the United States.

If President Obama had crossed his stated Red Line In The Sand, the Syrian disaster would have ended long ago! Animal Assad would have been history!

The Russian foreign Ministry earlier called information spreading which appeared in the Saturday reports of a chemical attack by government forces in the city Duma.

The Department stated that unfounded speculation about the use of chemical substances of Syrian government troops aimed at justifying military strikes from the outside. The defense Ministry also refuted the reports of Syrian forces use chemical weapons.