MOSCOW, 7 APR — RIA Novosti. Driving crashed into a group of people truck in münster was mentally unstable German, writes Sueddeutsche Zeitung, citing sources. The newspaper clarifies that we are talking about a man born in 1969. 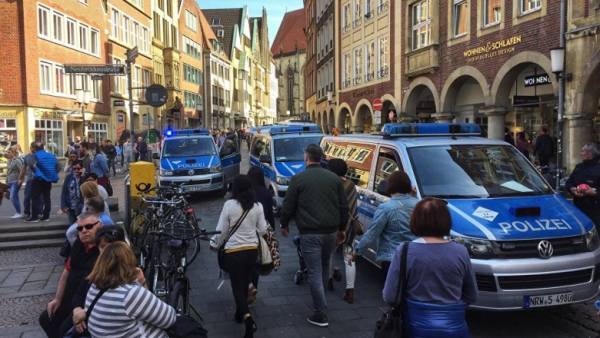 Currently, according to the newspaper, the home of the suspect examined by law enforcement personnel for the presence of explosives.

At the same time, the newspaper Rheinische Post reported that police have blocked off the area near the Central station, about two kilometers from the place of collision of the truck, local residents are asked not to go outside and close the window.

15.27 in (17.27 MSK) van crashed into a street café where there were people. According to the latest police, killing three people, injured 20, of which six are in serious condition. The alleged assailant killed himself.

In the last two years, cases of intentional pedestrians have spread throughout Europe. Usually the attacks take place in the Central squares during mass events and lead to a large number of victims. These attacks happened in France, Germany, Spain, the UK and other countries.