In case of failure of London to provide evidence and cooperation with Moscow in the case Skripal Russia considers the situation “with high probability story” of the UK. 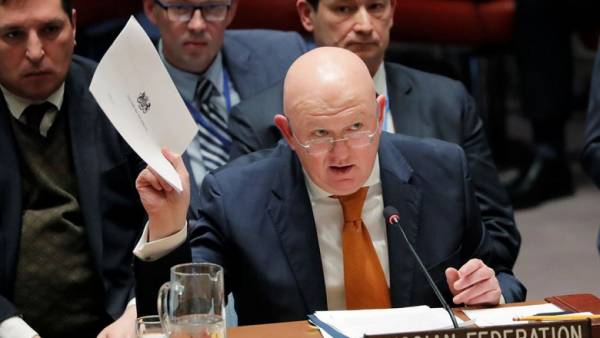 This was stated by Russia’s permanent representative to the UN, Vasily Nebenzia in an open meeting of the Security Council of the world organization, the stream which is on the website of the United Nations in live.

The Russian diplomat used the Russian translation of the wording with which London accuses Moscow of attempt on the life of former Colonel GRU.

According to Nebenzu, the suggestion of British foreign Secretary Boris Johnson about the need to attack in Salisbury for the cohesion of the Russians before the presidential election is “absurd and immoral”. “How not to respect those whom you convince, he said. — Suggest a British diplomat to see the names of Dostoevsky’s works”.

According to Moscow, the main argument of the British side of “no doubt of the Russian origin substances on the basis of which was built the whole system of so-called evidence of a high degree of probability of the involvement of Russia” fell apart. On 3 April it became known that the experts of chemical laboratory Porton Down in the UK failed to prove the Russian origin poison “Beginner”, which was poisoned Julia and Sergei Skripal. It was noted that the experts were unable to establish where the substance came in the United Kingdom.