Penny chips for GLONASS have led to a multimillion-dollar business. Suspected of fraud yet

As it became known “Kommersant”, the TFR began investigating a major embezzlement defense Ministry, allocated for the establishment of the ground segment of GLONASS complex. In criminal case materials it is not installed yet the employees working in the JSC “Information satellite systems named after Reshetnev” (ISS) and scientific center of applied electrodynamics (NCPA). According to the TFR, when the execution of the contract for the purchase of 200 chips was spent 84,8 mln. at their real value of about 500 rubles. 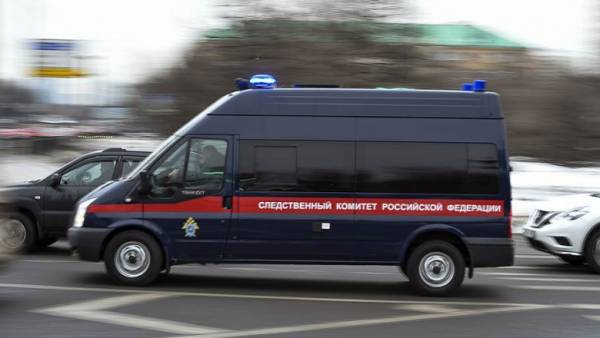 According to “Kommersant”, the criminal case of embezzlement of funds of the defense Ministry is in production of the Main Department on investigation of especially important cases of the Investigative Committee, and its operational support are conducted by the staff of the FSB. The plot of the investigation is connected with the execution of the contract concluded on 19 December 2012 the defense Ministry and the ISS (the largest manufacturer of robotic spacecraft for civil and special purpose). In official documents, this agreement appears under No. 1329/3K/2012/DRGS and Ministry of defense acts as the customer of works, as represented by the contractor.

The total amount of the contract amounts to 12.5 billion rubles— that’s how much is estimated the development work for the development of “ground segment of the space complex of system GLONASS”.

As follows from the materials of the case of ISS among other works were collected and transferred to the Ministry “unified digital receiver”, which later was to be erected at “ground station control”.

As has established a consequence, in October 2014 brought to the execution of this order the staff of ISS, NCPA (a company of electronic industry), as well as companies from Saint-Petersburg, OOO “NPTS Standard” and “Epsilon”, entered into a criminal conspiracy aimed at the theft of budget funds allocated within the framework of execution of the contract. According to the investigation, accomplices in 2015, has entered into contracts for the purchase of the “Epsilon” 200 circuits necessary for a unified digital receiver.

The company has delivered the goods and received on your account 84,87 million rubles. meanwhile, according to the investigation, the customs value of the purchased chips was only 484,33 RUB.

In the end, the chip was mounted in the equipment control station, and the received money, according to the TFR, was in the accounts of companies controlled by the alleged participants in the theft.

As part of the investigation already carried out numerous searches and seizures, interviewed several managers of space industry enterprises, among which was CEO of ISS Nicholas Testoedov and his son and the head of NCPA Sergei Mesnac and chief designer of GLONASS Sergey Carotin. All of them are witnesses in the case. Kommersant’s sources do not exclude that in business can appear new episodes, and the amount of the alleged damage will increase.