The mercenary caught on drugs

Arrested by the Russians, who fought for Ukrainian nationalists. 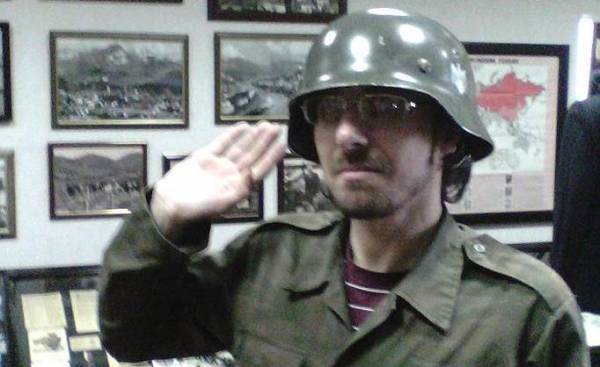 Investigatory management of investigatory Committee of Russia (SU TFR) in the Chuvash Republic opened a criminal case under part 3 of article 359 of the criminal code (participation of mercenaries in armed conflict) in respect of registered in the Stavropol territory 41-the summer unemployed Sergey Ilyin. According to investigators, he fought as a gunner in the battalion “Organization of Ukrainian nationalists” (OUN) against the civilian population of the breakaway Donetsk national Republic (DND).

According to the investigation, who adhered to the radical nationalist views Ilyin at the beginning of November 2014, came to Kiev to participate in the armed conflict in the South-East of Ukraine. There he joined the OUN and was held in the training centre battalion military training, received “military uniforms, special equipment, firearms and ammunition”. After that Sergey Ilin from 21 November to 21 December 2014, under the call sign Henry as a gunner and participated in the fighting against the self-proclaimed Donetsk people’s Republic.

As has established a consequence, he had been shooting both militiamen and civilians in the village of Sands yasinovatskiy district, Donetsk region. For this he received 4 thousand UAH, then fled the territory of Ukraine, again moved to Russia.

The participation of Sergey Ilyin in fighting the investigators and field investigators UFSB on the Chuvash Republic and the centre for combating extremism of the regional Ministry of internal Affairs identified in the investigation of another case against him of criminal proceedings. Initially, the SU Ministry of internal Affairs of the Chuvash Republic Ilyina accused of attempted trafficking of synthetic drugs on a large scale (paragraph “d” of part 4 of article 228.1 of the criminal code through part 3 of article 30 of the criminal code).

As believes a consequence, the defendant arrived in Cheboksary in January 2018. There he acting in collusion with an unidentified accomplice, with whom he was in correspondence via the Internet, has intended to sell the drugs through hiding places-bookmarks. However, the attempt was unsuccessful — Ilyin was arrested, he seized 11.5 grams of the drug. In February, with the sanction of the court he was in jail.