The captain of the ship “Nord” delivered in the Kherson court

According to the lawyer, Vladimir Gorbenko will elect a measure of restraint. 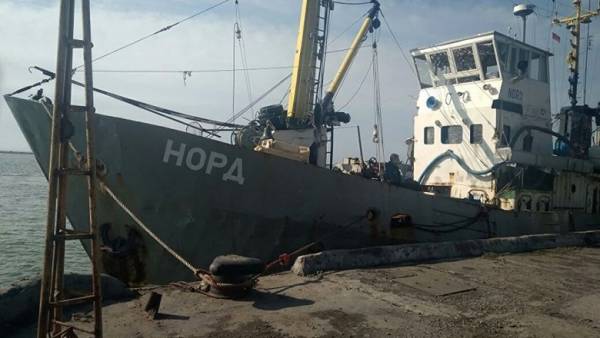 SIMFEROPOL, April 4. /TASS/. The captain of the Russian seiner “Nord” Vladimir Gorbenko taken to the court of Kherson for election of a measure of restraint in form of detention, said Wednesday TASS his lawyer Dmitry Shcherbina.

Earlier it was reported that the ship’s captain, Ukrainian border guards have taken about 06:00 GMT in an unknown direction from the Ukrainian port of Berdyansk.

We were looking for the captain in all instances. Finally, half an hour ago I was called by a representative of the security Service of Ukraine (SBU), Mr. Prosnak and reported that the captain Gorbenko was taken to the court of Kherson, where he will be remanded in custody.Dmitry Sibenadet

The defender noted that part 2 of article 332-1 of the criminal code of Ukraine (“violation of the order of entry in the temporarily occupied territory of Ukraine and departure from it”), according to which the punishment of three to five years of imprisonment, does not provide for the detention of the accused.

“May the defendant be charged with another charge at a very serious article, for some yet unclear. Perhaps because he did not come for questioning to the SBU, that is, for formal reasons, since the ship-the crew are not released,” the lawyer explained.

He also noted that defenders are not informed where they took the captain this morning. “We, lawyers, fame not set, now go to Kherson,” — said Shcherbina.