Source: arrested a suspect in the poisoning by thallium of employees of the aircraft plant in Taganrog

ROSTOV-ON-DON, April 4. /TASS/. Law enforcement officers of the Rostov region detained a suspect in the poisoning of the employees of the Taganrog aviation scientific-technical complex named G. M. Beriev thallium. This was reported by TASS on Wednesday a source in law enforcement bodies of the region. 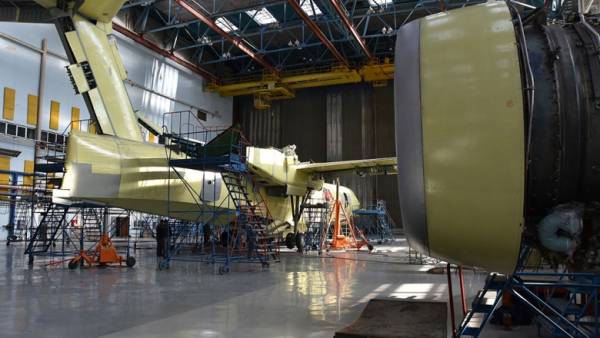 Earlier it was reported that investigators have opened a criminal case under part 2 of article 112 of the criminal code (“Intentional infliction of medium-gravity harm to health”).

“In the course of investigative measures operatives of criminal investigation Department identified the personality and detained 37-the summer local resident suspected of committing this crime”, — said the Agency interlocutor.

Salt of thallium metal, which refers to highly toxic poisons the blood, found in 28 of the 37 who applied to medical institutions employees tend. According to the head of administration of Taganrog Andrey Lisitsky, all seeking medical help have been discharged from hospitals. They were treated in the emergency hospital of Taganrog, the Rostov regional hospital, as well as in scientific research Institute of emergency care. N. Sklifosovsky in Moscow. All premises in which the victims worked, checked by the specialists of Rospotrebnadzor.

In addition, the Taganrog city court ordered the aviation scientific-technical complex named G. M. Beriev to conduct periodic medical examinations of employees and to monitor water quality. According to the shipyard, now all employees, which according to the doctors, there are deviations in the content of thallium, receive the necessary assistance from the company. Management of scientific and technical complex considers the poisoning of the employees “household conflict”. Thallium in the production of the plant is not in use, reported previously in the enterprise.

Taganrog aviation scientific-technical complex named after G. M. Beriev, located in the Rostov region, part of United aircraft Corporation. The company is engaged in the development of new aircraft, production of prototypes, serial production of aircraft for various purposes. The plant is a producer of aircraft-amphibian be-200CHS and special aircraft systems for the Ministry of defence of the Russian Federation.