As transplanting kidney and what does math. 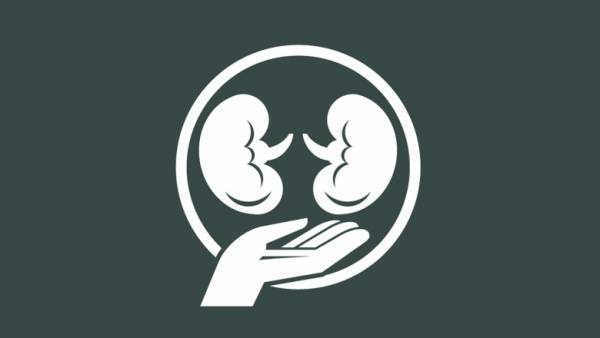 3 APR 1933. In the surgical Department of Kherson city hospital fall 60-year-old man with a fractured skull and a 26-year-old woman with acute renal failure due to poisoning by corrosive sublimate (mercuric chloride). The man quickly died, and the head of Department Yury Voronoy decided to try to save the woman, her transplanted kidney deceased.

A kidney transplant was viewed as a temporary measure for the period of acute renal failure. Organ transplanted to the thigh women, the femoral artery and vein. The surgery went well and the kidney started functioning.

But without the immunosuppressive drugs that prevent rejection of the donor organ, the patient died two days after operation.

So for the first time in the history of man transplanted cadaveric kidney. Moreover, this operation proved that the kidneys of recently deceased people can come back to life and function in a new body.

Temporary first successful kidney transplant, after which the patient survived, held in Boston, 14 years later, in 1947, the American surgeons Charles Hufnagel, Ernest Landsteiner and David Hume. They transplanted a cadaveric kidney in the blood vessels of the shoulder of a young woman with septicemia complicated by acute renal failure. The transplanted organ functioned perfectly: the kidney was identified in urine for several days and saved a woman’s life.

In December 1954, American surgeon Joseph Murray for the first time in history, successfully transplanted a kidney from a living person — an identical twin of the patient. In 1959, the surgeon was able to successfully transplant a human kidney from an unrelated donor, while in 1969 from a cadaver. For those of Murray in 1990, caught up with Nobel prize, which, as we know, love to give after the opening will be proven.

In the USSR, the first successful kidney transplant was conducted by the academician Boris Petrovsky in April 1965. First for such an operation, used the kidneys of living related donors, and then began to take cadaveric organs.

Now kidney transplant can take from a dead donor and live. Importantly, the donor and recipient were matched for blood group and were compatible for human leukocyte antigens, said the “Attic” Sergey Gaultier, the chief freelance specialist of the Ministry of health in transplantation, Director of the Scientific center of Transplantology and artificial organs them. V. I. Shumakov. 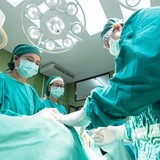 In General, over the last ten years, says Gauthier, the technique of transplantation of this organ has changed little:

“The kidney is implanted on the iliac vessels, usually retroperitoneal, the children, intraperitoneally, if it is a small child — says the expert. — But the technique of reconstruction of the ureter is indeed somewhat improved, and is now very widely used frame tubes-stents, where it makes anastomosis of the ureter of the transplanted kidney to the bladder of the recipient. This provides greater reliability of the seams anastomosis (anastomosis connection of two hollow organs: blood vessels, ducts, etc. — approx. “The attic”), the lack of contractions, which prevent the flow of urine. In order to avoid this, apply a temporary stent, then the stent is removed.”

After kidney transplantation from a living donor transplant on average, continues to operate 20 years or more, and taken from a posthumous donor for 10 years.

However, says Gauthier, there were cases when the transplants from the dead worked more than 30 years:

“Everything depends on tissue compatibility and the quality of the graft. Each selection has its own guidelines, their principles. For example, if we are talking about a kidney transplant to an elderly man who is long on dialysis, there is used the principle of old-to-old, used a graft from older donors, of course, if the kidney has good function. But the most important principle indicators of tissue compatibility,” he says.

And children have a kidney transplant depends largely on the body mass. If a child weighs 10 kg, then it is able to transplant the kidney of the adult.

Despite the fact that most transplant operations carried out by the kidneys — in Russia, approximately 1,000 each year — the demand is still much higher than supply. Only in our country — 11 times in kidney transplant annually, need 11 thousand people. And if there is no compatible blood group and antigens relative willing to give a kidney, can only stand in a waiting list and clean the blood with dialysis.