MOSCOW, 4 APR — RIA Novosti. Press Secretary of the Patriarch Alexander Volkov called the misconduct of the priest who performed the song “Murka” among the parishioners in the parish dining hall. 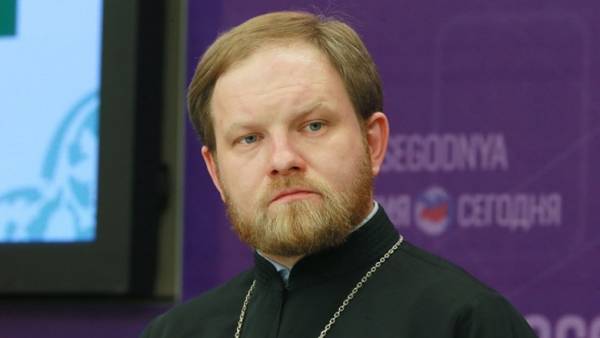 “Today showed a video where a priest in a cassock, with a cross, in the Church, apparently, the house sings a song about the underworld of Odessa is the lesson — beyond the possible and permissible. No matter what our brethren at home, although it is hoped that the majority of nothing wrong. But for a Church luncheon, in the presence of other priests and laity to sing “murku” beneath the dignity of the person wearing the priestly dignity. Although he is there still and sing along,” Volkov wrote on his page in Facebook.

“We must, of course, we have something to do with the sometimes encountered problem of stylistic mismatch between our form and our content. Sad. It is sad that this roller a judge of the whole Church, all its priests. And there is nothing to explain”, he added.

However, he considered it unlikely that published the video with the song — “installation and setup”.

The song “Murka” appeared in the first decades of the twentieth century and is considered one of the most famous songs in Russia.