It turned out that even in the Western half of the Russian Arctic there is a Lepidoptera from the New world. 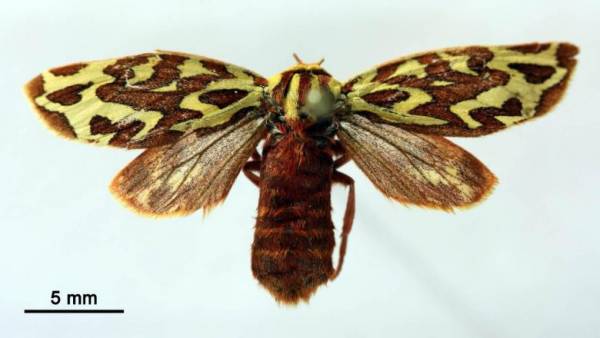 Researchers from Northern Arctic Federal University named after Lomonosov, Federal research centre for integrated study of the Arctic and University of Turku (Finland) conducted a detailed study of butterflies and moths from the European part of the Russian Arctic.

Russian scientists during the largest in a century of the study of Lepidoptera, the Arctic managed to find 60 species of butterflies, among which there are exactly Phoebe itysalis herbal moth, common in North America, from Arizona to Canada. Previously, the most penetrated far into the Russian Arctic flying was considered a Hummingbird landing on Wrangel island (part of Novaya Zemlya archipelago) in summer in some years. The corresponding article was published in Polar Biology.

In the work summed up the most ambitious of modern studies of Lepidoptera of the Islands in the European part of the Russian Arctic. Just managed to find 60 new species of moths and butterflies, the existence of which there is still unknown.

We are talking about species that are still considered to be found only farther South. As scientists have found that Arctic insects was more mobile and adaptability than previously thought. The authors were the first to record the number of species that are not even expected to find in such high latitudes, in addition to isolated Islands. It is noteworthy that even the Northern island of the Novaya Zemlya archipelago, with its extremely harsh climate (half the island is covered by glaciers), it was found eight species of moths and butterflies.

On the Islands of Kolguev and Long managed to find 19 and 18 species of Lepidoptera, respectively, on Vaygach island, 22 species on the Islands of Novaya Zemlya archipelago — 30 types (part kinds of all of these Islands coincided). Among the latter are especially interesting Plutella polaris — the outdoor on the Norwegian Svalbard in 1873. For a long time to re-find its representatives in the European Arctic could not, and in Svalbard it was re-rediscovered in the XXI century. As it turned out, he lives and thousands of kilometers to the East.

Another interesting find — vid exactly Phoebe itysalis, herbal moth from the island of Kolguev. It is well known from finds in North America, where it is found South as far Arizona. Only in 2008 managed to find its representatives in Chukotka and Kamchatka and near Magadan. But only the new work shows that he has reached and the European part of the Arctic. It turns out that one species was able to overcome distances of many thousand kilometers along the coast of the Arctic ocean and then to get to the isolated Islands off this coast.

Earlier it was possible to find only one flying species, which was able to do a similar trip — Buffy Hummingbird.

It has been reliably recorded in the Asian part of the Russian Arctic where he flew from North America. Occasional sightings of these hummingbirds has occurred even to the island of the Novaya Zemlya archipelago. However, this is a Hummingbird, despite the weight of a few grams, is an excellent flier (every year for wintering flies in southern Mexico) and it overcoming through the air thousands of kilometers away should be much simpler than for butterflies.