Texas landowners have filed a lawsuit against trump

MOSCOW, 16 Feb — RIA Novosti. A non-profit organization for consumer protection Public Citizen sued Donald trump on behalf of the landowners of Texas, the territory of which can be built border wall. The lawsuit was filed after the decision of the US President about introduction of state of emergency on the border with Mexico that could speed up construction. 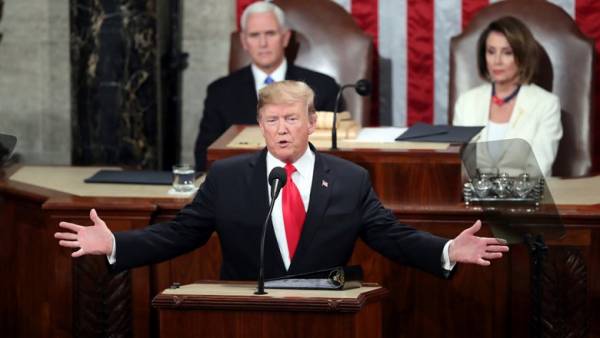 Trump on Friday signed the decree on state of emergency on the border with Mexico. This would enable it easier to get the necessary $ 8 billion for the construction of a wall on the border, opposed by Democrats in Congress.

“Public Citizen has filed a lawsuit on behalf of the Frontera Audubon and three landowners in South Texas, which the government has said that it intends to build a border wall on their property, if they receive funding in 2019,” — said in a statement posted on the organization’s website.

The appellants claim require to admit that trump has overstepped their constitutional authority and powers under the law on state of emergency, and also recognize that the Declaration of a state of emergency contravened the doctrine of separation of powers which underlies the Constitution.

Trump on Friday in a speech at the White house said it was ready to litigation with the Democrats. He even predicted possible developments based on similar proceedings in the past. The President reminded that although some courts, namely the 9th district court of the United States, have traditionally supported Democrats, the U.S. Supreme court is on the side of the administration, due to the fact that the majority of the judges in it were nominated by Republican presidents, including two — trump.