Hopes for improved relations between the two countries in Moscow left. 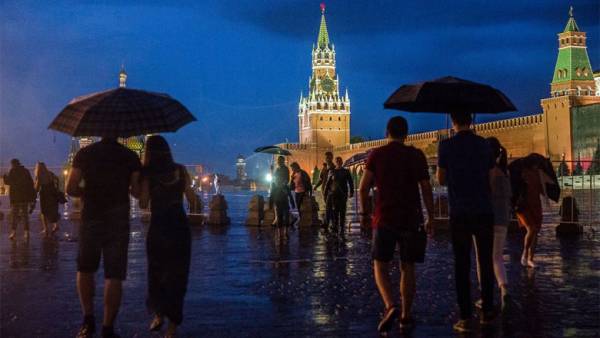 You should always hope for the best but prepare for the worst, told reporters on Thursday, press Secretary of the Kremlin Dmitry Peskov, commenting on the appearance in the United States a new bill on sanctions against Russia. In his opinion, now there is no hope for any improvement in relations between Moscow and Washington.

The press Secretary noted that the new bill on sanctions against Russia are Russophobia and emotions.

We see the manifestation of this disease, is such a rabid Russophobia, absolutely emotional. It is not based on the expert data, otherwise these bills had not been said about some destabilizing role of Russia in Syria, but rather would be recognized the decisive and key role of Russia in saving the region from terrorism. That is simply the authors of the bill, speaking with such initiatives, I do not understand what it is and are in thrall to these Russophobic emotions.Dmitry Pescovitz Secretary of the President of the Russian Federation

However, this display of emotion is “very specific, pragmatic trading approach”, “sometimes bordering on racketeering”, said the spokesman. “I mean the various provisions of the bill, aimed breakdown of the various energy projects of Russian companies, undermining the activities of Russian banks with state participation. It is nothing like just an attempt of unfair competition, [attempt] to oust Russian companies from the market and clear thus place there for American business and American products,” — said the representative of the Kremlin. Moscow with such approach do not agree, Peskov stressed.

The Russian economy has adapted to the sanctions regime, added the spokesman: “learned how to maintain stability in the face of these sanctions,” “to achieve growth in a number of areas”. Peskov said that the government had taken “a series of effective measures in order to zahedzhirovat from such racketeering attacks“.

On the evening of 13 February, a group of us senators from the Republican and democratic parties introduced a bill on new sanctions against Russia. It is designed to strengthen economic, political and diplomatic pressure on Russia “in response to its intervention in the democratic processes abroad, the pernicious influence in Syria and the aggression against Ukraine, including the incident in the Kerch Strait,” reads a press release of the Senate Committee on foreign policy.

The bill requires the imposition of restrictions for investors to deal with the Russian public debt, sanctions against Russian energy companies and banks. The senators also propose to introduce sanctions against Russian project on production of liquefied natural gas outside of Russia and individuals associated with Russian President Vladimir Putin.

In addition, the evening of 12 February , the Financial Times newspaper with reference to sources reported that the new Western sanctions against Russia may be introduced within the next two months. It was only about sanctions because of the incident in the Kerch Strait. According to the newspaper, the US and EU close to agreement on new restrictive measures.