Convicts will go to the cause

Employers to offer greater use of labor serving the punishment. 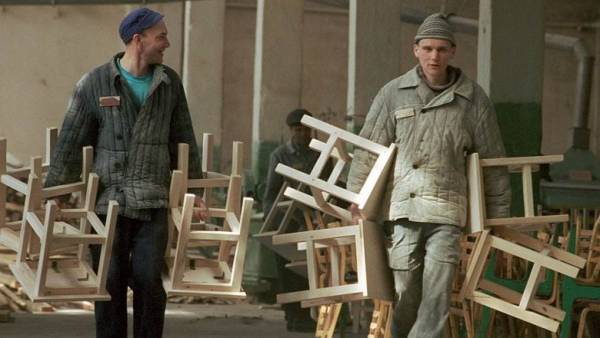 The state Duma adopted in the first reading a bill expanding the powers of the labour of prisoners serving sentences in colonies-settlements and sentenced to forced labor. The document proposes to create areas of correctional centres and colonies-settlements on the basis of organizations and businesses that are willing to hire those convicted of minor crimes. Experts already named “affiliates area”. In this case, the employer instructs the household and medical support of prisoners.

The bill amending the Criminal Executive code of the Russian Federation submitted to the Duma by members of the Federation Council in March last year. It is about those convicted of minor crimes serving sentences in colonies-settlements and sentenced to forced labor. The document offers employers to recruit their workers with a prerequisite take place on the territory of the hostel. That is to create areas of correctional centres and the sites of the colonies-settlements. The establishment and operation of such sites later will register the Ministry of justice.

“The organization needs to provide hostel for accommodation of convicted persons and other facilities, property, necessary to ensure the conditions and procedure for punishment of convicts. In addition, the organization will be responsible for assisting the correctional institution in material-household and medical-sanitary provision of convicts”, — said the Chairman of the Duma Committee on state construction and legislation Pavel Krasheninnikov. He noted that the bill does not say about the supervision of prisoners on the territory of enterprises, and expressed confidence that the second reading would be amended.

In the explanatory note to the bill States that the cost of establishing plots must assume the employer. The purpose of innovation announced the employment of prisoners, and the repayment ordered by the courts of fines and compensation for damages. Now with 26.5 thousand. inmates of prisons are working 20.5 thousand Senators believe that the other 6 thousand people will want to live and work outside of the colonies. With regard to forced labor for two years from the date of introduction of this penalty and the courts sentenced him to more than 2.5 thousand people. For them, the FSIN has created detention centres — hostel with a strict system of controls that allow convicts in the daytime to go to work for the company. Currently such centers exist in 56 regions.

The authors of the bill note that they relied on the example of a colony-settlements in the Komi Republic, which in 2013 signed an agreement to use the 300 convicts at the sawmill, located 115 km from Syktyvkar. On average prisoners received there 16 thousand rubles, and the maximum payment amounted to 45 thousand. 14 people after his release he stayed to work at the sawmill.

Human rights activists have expressed fears that from the sawmill in the Komi Republic is not so far from uranium mines in Magadan. Director of the center for assistance to criminal justice reform “Prison and freedom” Natalya Dzyadko reminded “Kommersant” that we have in the country and the former condemned the negative attitude of employers. “So why is expected to be a different attitude to those who are still serving a sentence?” she asks. The Deputy Director of the “Prison and freedom” Valery Sergeyev, said “Kommersant” that we should wait for house rules for the dormitories of prisoners in enterprises. “The rules that operate in correctional centres, very hard,” says Mr. Sergeev. The head of the Institute of problems of modern society Olga Kiyutsina indicates that a commercial organization is unlikely to want to Fund the creation of “branches” area. “But the state structure is unable to accept very easily, the result in practice will be financed from the budget. And the costs will be enormous,” — said “Kommersant” the lady Kisina.