The Deputy of the State Duma Natalia Poklonskaya told the TV channel RTVI that the Russian Parliament is still working “arashukova” — people that may be interested in law enforcement. 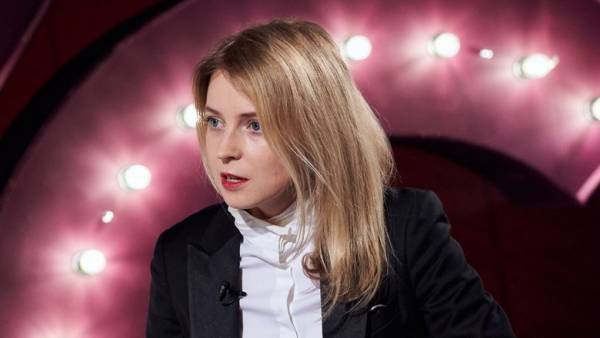 Leading the program “On three,” Alexey Pivovarov and Tikhon Dzyadko asked Polonskaya, how many more of these “arshakovich” works in Parliament. The MP initially refused to answer the question directly.

Most importantly, this view had certain services, which operate and work on the subject.Natalia Poklonskaya State Dominowski

“That the audience likes it.”

Brewers noticed that Poklonski “skilled person” in this case, since a long time worked in the Prosecutor’s office and headed the anti-corruption Commission of the state Duma (on control over reliability of data on incomes and property of deputies).

“Experience is one thing and authority is another,” said Poklonski. In her words, “to identify such persons” can only those who have the appropriate authority and can “stop their activities”.

The MP added that “is not a specific number,” the number of such people. “But they are there?”, asked zadco.

“Well, of course, is” — expressed his opinion Poklonskaya.News

“the offset from the posts nobody tells me in the face”

Senator Rauf Arashukov detained on 30 January during a meeting of the Council of Federation. He was charged with participation in a criminal Association, murder and witness tampering.

On 11 February, the speaker of the upper chamber of Parliament Valentina Matvienko “responsibly stated” that the Council of the Federation is no more “senators with a questionable past or present”.

According to her, the purpose of Arashukova Senator initially was a mistake. “I told the head of region on an intuitive level — that you are making a mistake. But I could only advise”, she added.

See also: In the state Duma abolished the Commission income, which was headed by Poklonskaya