Editor-in-chief of radio station “Echo of Moscow” has compared the claims of the assistant to the President of the Russian Federation with the precepts of the Nazis. 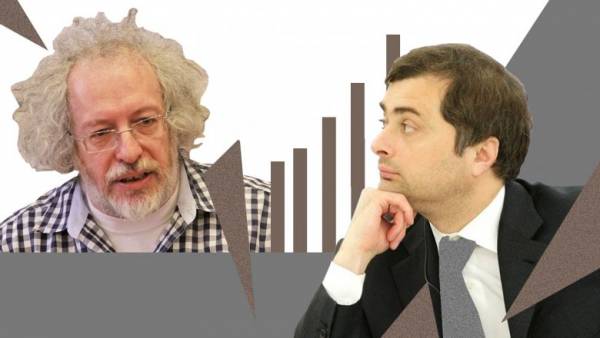 The Russian presidential aide Vladislav Surkov, in his article “the Long state of Putin” I wrote that Putinism as a model of government in Russia will persist for many decades. The official also criticized Western democracies for dishonesty and compared Vladimir Putin with the builders of the Russian state (Ivan III and Peter I). Chief editor of radio station “Echo of Moscow” Alexei Venediktov in his Telegram channel wrote that Surkov in his article portrayed the state model of the Third Reich.

“Could not understand — that reminds me of Surkov’s article where I have read it all… And, of course, that the arguments of the German leaders of the past century, 30 years, explanations for why the Third Reich is bound to be a millennial. Only instead of Charles the Great — Ivan III, instead of Frederick Barbarossa — Peter I instead of Bismarck and Lenin. Well, is the Western plutocracy — Western democracy,” wrote Venediktov.