MOSCOW, 11 Feb — RIA Novosti. The captain of the Russian vessel “Nord” Vladimir Gorbenko in an interview with TV channel “Russia 24” explained how he managed to leave Ukraine under the Russian passport. 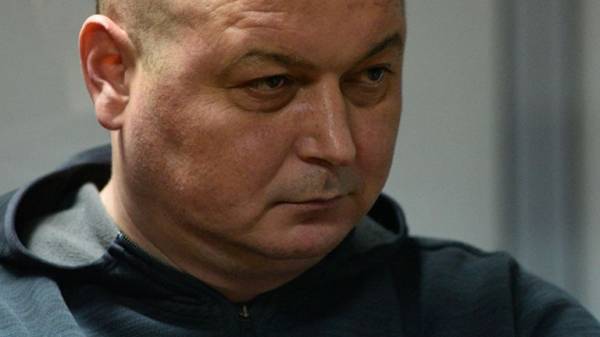 On Monday, the mother of the captain said that her son returned home.

So, according to Gorbenko, he “transplants” arrived from Melitopol to the border, where he lived with relatives, and then through the checkpoint Chaplynka returned to the Crimea.

The captain added that Ukraine did not have official control over his movements and the court has removed the restriction on the prohibition of the departure for the Crimea, so when crossing the border he was with a document confirming this.

He also said that he offered to plead guilty, to obtain Ukrainian citizenship and to return home with probation. However, Gorbenko declared that does not plead guilty.

The Detention Of “Nord”

Crimean ship “Nord” under Russian flag detained in sea of Azov on 25 March. All crew members were Russian passports, but said they consider them Ukrainian citizens. Two sailors managed to return to the Crimea via Belarus, seven was removed from the flight to Minsk.

The ship’s captain was charged with “violating the procedure of entry in the temporarily occupied territory of Ukraine and departure from it with the purpose of causing harm to the interests of the state”, he faces up to five years of imprisonment.

Later, seven crew members of “Nord” were exchanged for seven Ukrainian sailors. In prison remained only the captain.

The fourth of February, the Ukrainian police announced Vladimir Gorbenko on the wanted list as missing. According to the information on the website of the Ministry of internal Affairs of Ukraine, the man disappeared on January 26 in the city of Melitopol, Zaporizhia region.

Ukraine opened a criminal case of premeditated murder. Lawyers Gorbenko did not rule out the involvement of the security Service of Ukraine to his disappearance.