Moscow. 11 Feb. INTERFAX.RU — Arrested Senator Rauf Arashukov and his father, the adviser of the General Director of “Gazprom Mezhregiongaz” Raul Arashukov transferred from quarantine in a double chamber, said on Monday “Interfax” the Executive Secretary of the Public monitoring Commission of Moscow, Ivan Melnikov. 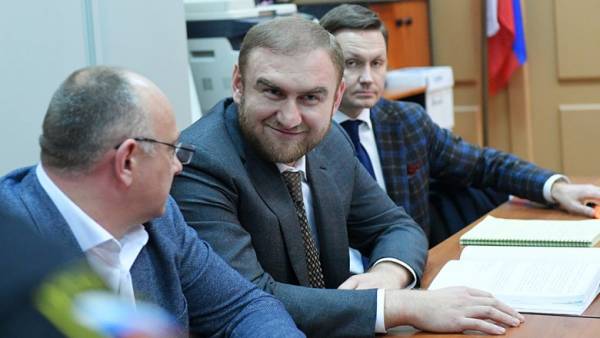 “Rauf Arashukov complained to the members of the PMC on the lack of hot water, as with the father they transferred from quarantine to the double camera that did not have hot water,” — said Melnikov, who along with other members of the PMC visited Arshakovich in jail on 11 February.

According to him, also a Senator and his father was concerned that they still are unable to visit lawyers. In particular, said Raul Arashukov, the defender must give him medical documents for medical.

“The Senator is really contained with the accused in the terrorist attack and illegal circulation of weapons and explosives, the verdict in respect of which is currently being appealed and is awaiting appeal. While Rauf Arashukov, who believes that should not be in a cell with the accused in this category, notes that conflicts between them”, — said the representative of the PMC.

“We gave a recommendation to the leadership of the detention center translate some of them into another chamber, because under Federal law, accused of terrorism should be kept separate from the accused in other crimes,” — said the Agency interlocutor.