Moscow. 7 Feb. INTERFAX.RU — Military attache of the USA in Moscow invited to the defense Ministry for the delivery of the notes on the issue of the Treaty on the elimination of intermediate and shorter-range missiles (INF Treaty), the official representative of military Department of Russia Igor Konashenkov. 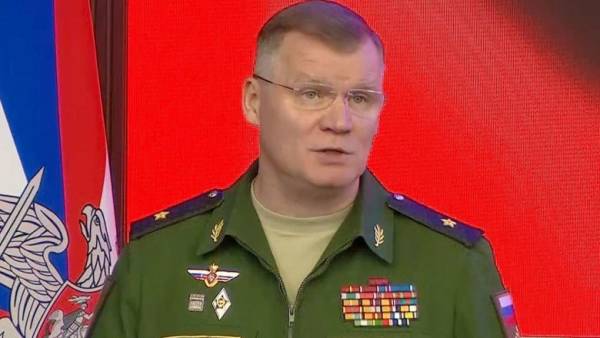 “The Ministry of defence of the Russian Federation proposes to the American side in the period prior to the termination of the INF Treaty to take the necessary measures to return to strict observance of the Treaty,” he said.

According to Konashenkov, Russia offers US to destroy deployed on land universal launchers MK-41. He said that the US developed them to launch cruise missiles Tomahawk.

United States recommended also to destroy the combat drones, he said. Konashenkov said that these aircraft are “in their characteristics under the definition provided for in the Treaty (INF Treaty) the term “cruise missile ground-based”.

February 1, the U.S. administration announced that it was suspending participation in the INF Treaty on 2 February, and six months — will be released from the Treaty if Russia will not return to its respect.

The next day, Russian President Vladimir Putin said that Russia’s response to the U.S. withdrawal from the INF Treaty will be a mirror, Moscow, Russia suspends participation in the Treaty and begins work on the creation of new types of missiles. In turn, defense Minister Sergei Shoigu said that in response to the US decision, Russia in 2019-2020 will develop a terrestrial version of the complex “Caliber” with a winged long-range missile and ground complex with hypersonic long-range missile.