The Moscow city court upheld the arrest of Senator Arashukova

The Moscow city court rejected the appeal for the arrest of the Senator from Karachay-Cherkessia Arashukov Rauf, who is accused of murder and participation in a criminal Association, February 7 from the courtroom, the correspondent of RTVI. 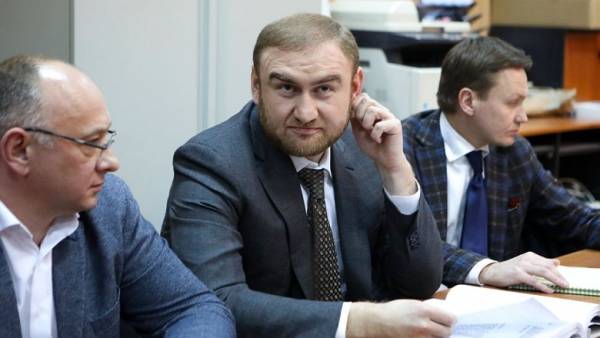 Arashukova after the arrest, was arrested for two months, and the court decision remains in force.

At a meeting in Moscow city court Arashukov complained that he was forced to serve his arrest in the same cell with a convicted for 18 years on charges of terrorism. In his opinion, such treatment with incumbent “outrageous”. He said that during the arrest never met with a lawyer and have not received any transfer. The Prosecutor in response to complaints the Senator said that now he “became closer to the people”.

Arashukov also said that he knew in advance about the impending detention in the Federation Council. According to him, he received information over the three days:

If I wanted to run away, I had time for it.News

The court arrested the Senator spoke in Russian, despite the fact that during the arrest said that bad owns it, and asked for an interpreter.

Arashukova detained on 30 January during a meeting of the upper house of the Russian Parliament. He was later charged under three articles — on participation in a criminal organization, witness tampering and murder. Assume that Arashukov was involved in the murder of the Deputy head of the movement “Adyge-Khase” of Aslan Zhukov and presidential adviser Karachaevo-Circassian Republic of Frala Shebzukhova.