MOSCOW, 7 Feb — RIA Novosti. The Asian elephant, is considered one of the oldest representatives of their kind, died at the age of 88 years on Tuesday, in the state of Kerala in South West India, writes the newspaper Hindu. 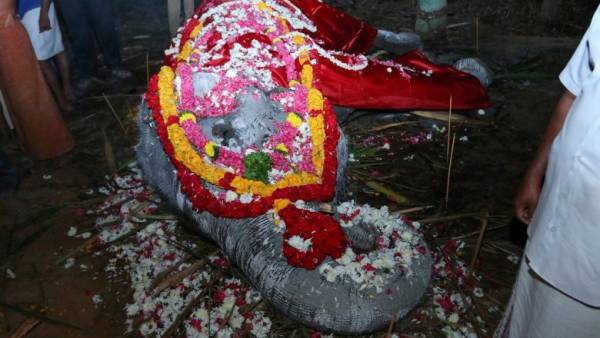 According to the newspaper, a female Asian elephant named Dakshayani (Dakshayani) died on Tuesday in Trivandrum, the capital of Kerala. She was the oldest captive elephant that belonged to the Council of Devaswom of Travancore in Kerala. It tried to include in the list of Guinness world records, but attempts were not successful.

The publication notes that the forestry Department was officially established in 2007, that the age of the elephant at that time was 76 years old. In July 2016 the Council Devaswom officially awarded her the title of “Gajah Muthassi” (grandmother elephants). On this occasion, India post issued a special postcard.

According to the newspaper, initially the elephant lived in the Knysna elephant Connie, after which it was acquired by the Royal family of the then Principality of Travancore. Then Dakshayani was transferred to the temple Thiruvarul cava, and subsequently she was sent to the temple of Mahadeva in Angalore, Kerala where she lived until the last days of his life.

The surgeon is a veterinarian who watched the health of the elephant within 10 years, said that she had no serious health problems and loss of appetite in the last days of life. However, in the last few months the cows diet consisted of pineapple and carrot to improve metabolism.

Asian or Indian elephants are second largest land animal after the elephant Savannah. In the wild they live to be 60-70 years, while in captivity up to 80 years.