MOSCOW, 4 Feb — RIA Novosti. Russia’s investigative Committee posted a video of the scene of the fire, which occurred in the house on Nikitsky Boulevard in the city. 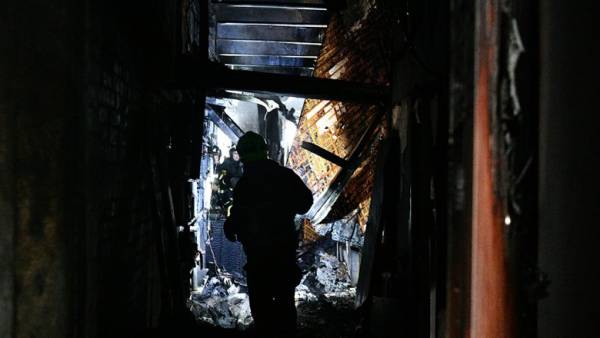 The fire on the area of 1 thousand square meters occurred on the night of Monday on Nikitsky Boulevard, 12. SK filed a case of causing death by negligence.

The footage video published by the investigation into WhatsApp, you can see how the investigators and criminologists of the UK, as well as emergency workers and ambulance visiting the rooms of the house. Visible charred walls and personal belongings of the tenants.

Earlier it became known that the death toll in the fire has risen to eight, two of them children.

The building was built before the revolution is the object of cultural heritage, among its residents there are famous people, in particular, the actress Ingeborga Dapkunaite, the pianist Ksenia Bashmet, daughter of conductor Yuri Bashmet.