Shoigu told how Russia will respond to the U.S. withdrawal from the INF Treaty

MOSCOW, 5 Feb — RIA Novosti. The Ministry of defence has announced measures to be taken in connection with the fact that the United States has suspended the implementation of its obligations under the Treaty on intermediate and shorter-range missiles. 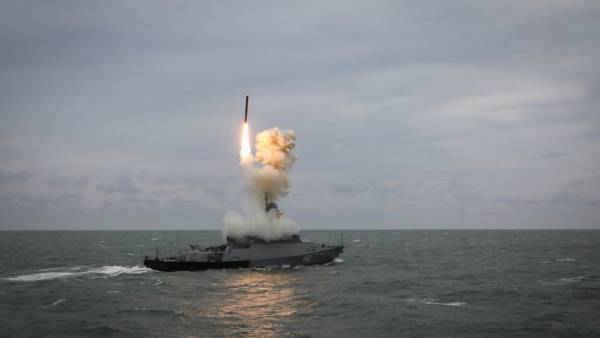 Moscow will develop new weapons. During the 2019-2020 plan to create a land version of the complex “Caliber” sea-based cruise missile long range. The head of Department Sergey Shoigu said that “Caliber” is well established in Syria.

In addition, at the same time will be developed ground-based missile with hypersonic long-range missile.

According to the Minister, “the use of missiles, sea-and air-based in the terrestrial version will significantly reduce the time of production of the new missile and the volume of its financing.”

“In addition, it is important to increase range developed above-ground missile systems”, — he stressed.

All of this will be the answer to the development of Washington’s land-based missiles with a range of over 500 kilometers beyond contractual limitations, said Shoigu.