The nasty cold winter through the eyes of a philologist

So whether our ancestors enjoyed the winter? Tell about the origin of the “winter” of the words, their unexpected ancestors and descendants. 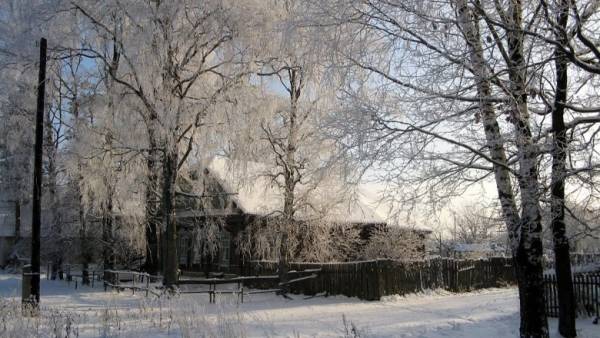 When we think about winter, imagine in the first place? “Frost and sun, day wonderful”? Our ancestors in the perception of this time of year was not so enthusiastic. The proof is the many words and idioms related to winter and to preserve negative values.

Remember the expression “frozen heart”, “cold reply”, “feeling’s gone”… These linguistic metaphors clearly show that the cold in our minds is associated with something not very pleasant. Figurative meaning of the above expressions, we are fully aware. But there are words that initially also was such metaphors, only now we don’t think about it.

Now the word “frost” is neutral. But once it served as the Foundation for the formation of the adjective, which has acquired a striking negative value.

Why rural Russia believes in UFOs and healers

We are talking about the word “disgusting”. Yes, there’s the same root as the word “frost,” and “vile” people literally “frost”, “cold” people. And from the same basis happened swearing (will have to bring them for the sake of science) “scumbag” and “scum”.

Such variations of the root is frost / freezing / chill — not typical for the Russian language. Something like, for example, we see the roots of the milk / mammals (milk / mammal, the milky Way), the voice / the voice of, beach Bragg. And the choices that we perceive as truncated — the legacy of the old Slavonic language, in which “frost” sounded pretty discordant to the modern ear: “Mraz”.

Exactly the same sequence we will see in the story of the next root.

Winter is the time when it gets dark early, so the “darkness” and “twilight” is also a kind of “winter” word. And they have a very unexpected relatives! “Darkness”, “to fade”, “twilight”, “fool”, “twinkle” chain of historically cognate words.

The alternation er/RA/Oro don’t be confused: the same thing we had just seen the words “nasty” / “freeze” / “filth” / “frost”. It turns out that from the point of view of language “to fool” — not that other, as “dark”. A “flicker” — not only “continuously activated” as “all the time to fade”, “fade”.