Senator Rauf Arashukov and his father — “gas king” of the Caucasus Raul Arashukov suspected of involvement in three murders. About it reported to “lente.ru” a senior source from Republican leadership. 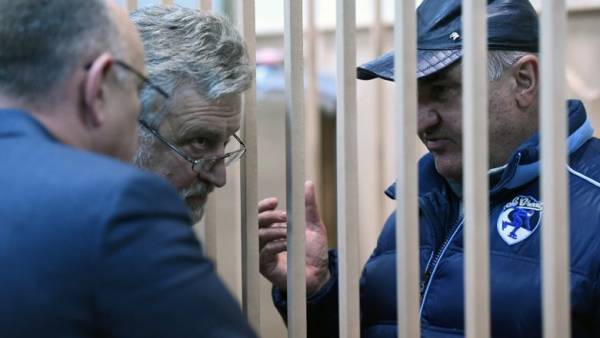 He said that by order of the clan Arshakovich in the late 1990s in Donetsk was shot dead businessman Boris Hapsirokov, in 2003, was killed the head of the detention center of Cherkessk Hasan Canan, and in 2006 — head of the security service of assistant to the head of the Russian presidential administration Ali Afaunov.

“Bob [Hapsirokov] helped Raul to sign the contract between “Gazprom” and local plant, which manufactures pipes for the transportation of gas. But Arashukov decided to throw Hapsirokov for money. During the feast this information surfaced, and Hapsirokov “slapped on the cabbage soup”Arashukova senior. Soon after these events, Hapsirokov was killed, he was shot in the back in Donetsk”, — said the source.

The reason for eliminating the head of the detention center began his professional activity: he has tightened the conditions of detention of approximate Rauf Arashukov.

Later Rauf decided to kill Ali by Afaunov, who previously was chief of his personal guard, and then went to the countryman Hapsirokova Nazir, who worked in the presidential administration of Russia.

“Arashukov senior Hapsirokov was put through his people in all the gas posts. They quarreled and then reconciled. And in one of the quarrels Nazir asked Afaunov, who was then his guard, not let him more Arashukova Sr., — says the source “Tape.ru”. Once Raul arrived at the airport of Mineral Waters, there to meet arriving Nazir and make up with him. But as Afaunov received orders not to let Arashukova, he rudely took Raul — almost by the collar dragged. Rauf took it as a personal insult to his father. Was a hired killer, and Afaunov shot”.

Russia’s investigative Committee has charged member of the Federation Council of KCHR Rauf Arashukov in two murders committed in 2010: the Deputy Chairman of the public youth movement “Adyge-Khase” of Karachay-Cherkessia Aslan Zhukov and presidential adviser Karachay-Cherkessia of Frala Shebzukhova.